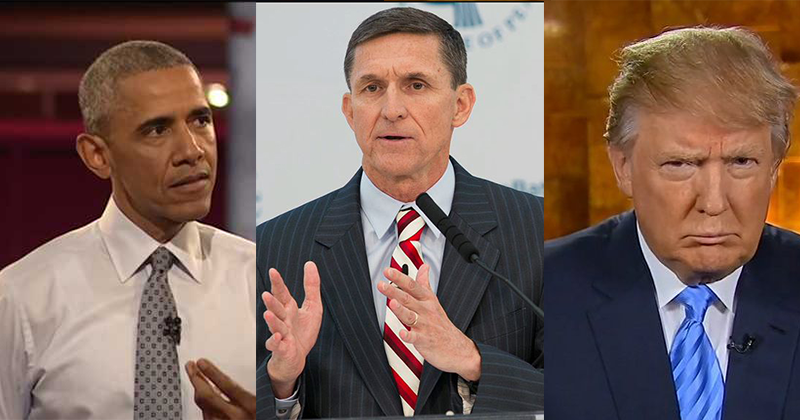 Rush Limbaugh has a theory on why Barack Obama is suddenly in the headlines. The talk show legend reckons that Obama is slamming Trump on coronavirus as a way of ‘deflecting’ from the bogus Russia “collusion” revelations, for which Obama himself is culpable.

Limbaugh noted that “all of a sudden” Obama is “trashing Trump on corona.”

“Why is Barack Hussein O doing this?” Limbaugh pondered, noting that Obama is desperately “trying to focus on Trump and his supposedly horrible, chaotic response to the coronavirus.”

Limbaugh pointed to recently released documents showing that Obama was aware that the FBI interviewed Mike Flynn, in what has been described by Attorney General William Barr as a “perjury trap” for Flynn.

“[N]one of this Trump-Russia collusion stuff could have happened without Obama knowing about it,” Limbaugh urged.

“These people that perpetrated it — the FBI and the DOJ, the Comeys, the McCabes, the Clapper’s, the Brennans, none of them could have done it without Obama knowing about it, at bare minimum knowing about it, and at worse directing it,” the host added.

Limbaugh said that at worst, Obama could very well have “collaborated to invent the Russian collusion narrative.”

Fox News host Tucker Carlson echoed Limbaugh’s theory, in a take down that prompted President Trump to tweet out his coverage with the heading “OBAMAGATE!”

Flynn’s lead attorney, Sidney Powell declared Sunday that Obama was in on a plot with bad actors within the intelligence community to frame the former National Security Adviser.

“These agents specifically schemed and planned with each other how to not tip him off, that he was even the person being investigated,” Powell told Fox News, adding “So they kept him relaxed and unguarded deliberately as part of their effort to set him up and frame him.”

“The whole thing was orchestrated and set up within the FBI, [former Director of National Intelligence James] Clapper, [Former CIA Director John] Brennan, and in the Oval Office meeting that day with President Obama,” said Powell.

When asked if she thinks Flynn was the victim of a plot overseen at the top by Obama, she said “Absolutely.”