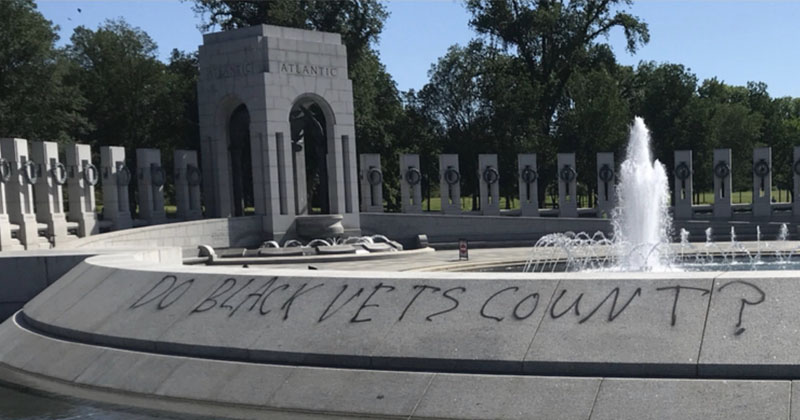 Several historic monuments at the National Mall were defaced earlier this week during the George Floyd riots in DC, including the Lincoln Memorial.

Some of the spray-painted messages scrawled on some of these monuments read, “Yall not tired yet?”, “Do Black vets count?” and “Fuck 12”.

The National Park Services shared the graffiti aftermath the rioters left behind at the National Mall on social media, asking patrons of the historic site to keep demonstrations non-violent.

In the wake of last night's demonstrations, there are numerous instances of vandalism to sites around the National Mall. For generations the Mall has been our nation’s premier civic gathering space for non-violent demonstrations, and we ask individuals to carry on that tradition. pic.twitter.com/LmIHfW2AHj

The irony of a supposedly grassroots black organization defacing the monument of the president who emancipated the slaves during the American Civil War is apparently lost on the group.

Unfortunately, the Black Lives Matter organization and its far-left allies routinely deface and even outright destroy historic American monuments, statues, and other landmarks during their political gatherings.

They’ll even accuse people of being racist for simply removing the graffiti.