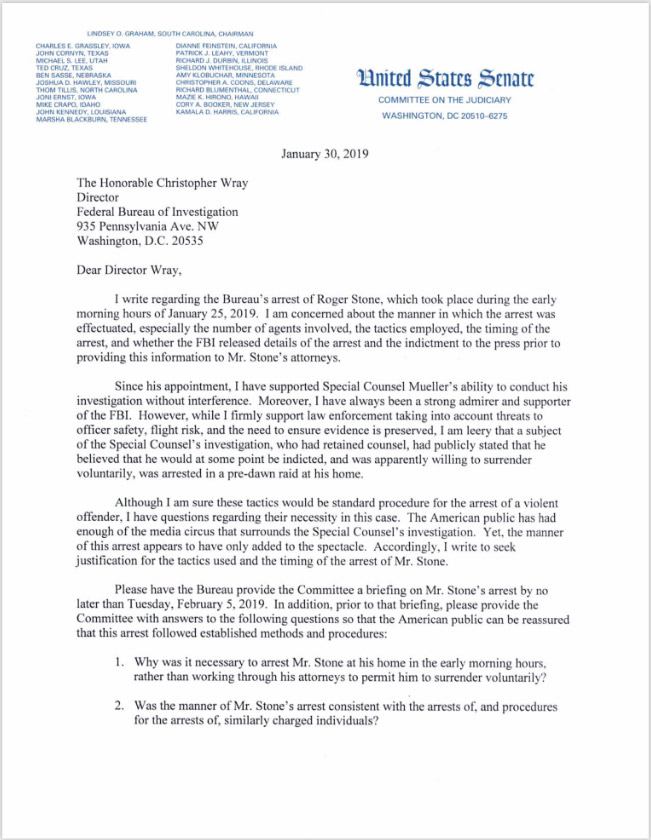 Was it really necessary for the FBI to employ over-the-top tactics during its raid on 66-year-old Trump confidant Roger Stone? That’s one question South Carolina Sen. Lindsey Graham wants the FBI to answer.

In a letter to FBI Director Christopher Wray released Wednesday, Graham demands to know why the pre-dawn raid on Stone’s home in Fort Lauderdale last Friday was carried out even after Stone had made it clear he was willing to surrender voluntarily.

“Although I am sure these tactics would be standard procedure for the arrest of a violent offender, I have questions regarding their necessity in this case,” Graham writes. “The American public has had enough of the media circus that surrounds the Special Counsel’s investigation. Yet, the manner of this arrest appears to have only added to the spectacle.”

My questions and full letter to the FBI Director about the tactics used in the arrest of Roger Stone. pic.twitter.com/y1s67DF3Yu

Graham lists five questions he wants the FBI to answer:

1. Why was it necessary to arrest Mr. Stone at his home in the early morning hours, rather than working through his attorneys to permit him to surrender voluntarily?

3. Were usual procedures for obtaining and executing arrest and search warrants followed with regard to Mr. Stone?

4. Did the Special Counsel’s office issue a press release and release the indictment to the press prior to informing Mr. Stone’s attorneys of the arrest?

5. Did anyone at the FBI, DOJ or the Special Counsel’s office alert CNN, any other media outlet, or anyone outside of law enforcement that the arrest was going to occur on the morning of January 25, 2019?

Stone was arrested last Friday and charged with a number of process crimes, none of which have to do with the Special Counsel’s original investigation into collusion between Russia and the Trump campaign.

Twenty-nine FBI agents and over a dozen vehicles descended on Stone’s property as CNN conveniently captured the raid in a clear tip-off from the FBI.

He pleaded not guilty on Tuesday to charges of lying to Congress and witness tampering. 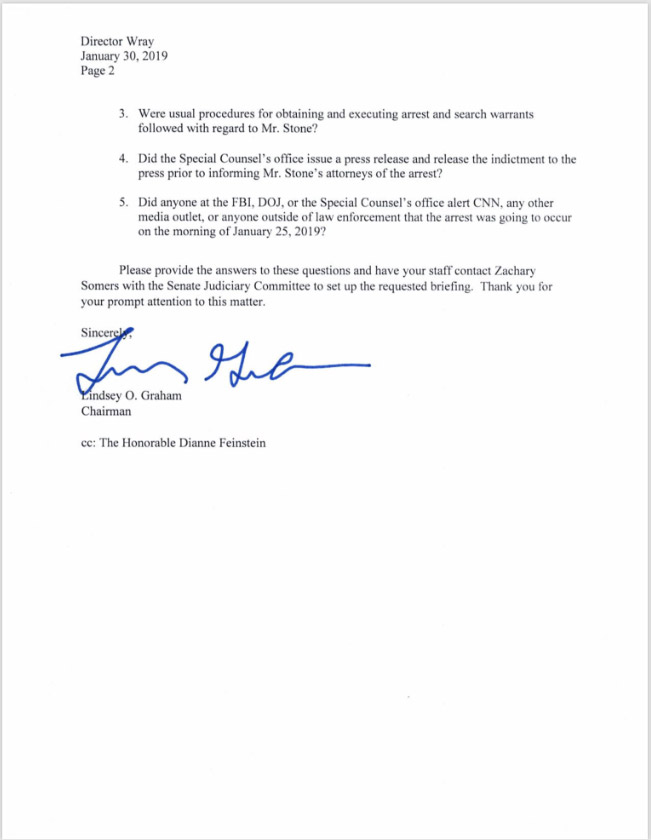