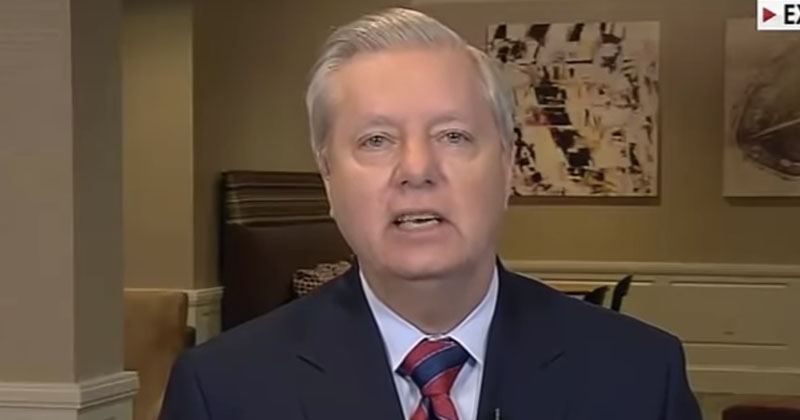 In an interview on “Sunday Morning Futures,” Graham went off on Pelosi for making her deeply politicizing comments blaming Trump for the virus that initially came from China.

“What she said, she’s blaming the president for people dying because of the way he’s led the country. That’s the most shameful disgusting statement by any politician in modern history,” Graham told host Maria Bartiromo.

“Let me tell you we’ve seen the best of America from our citizens helping each other, delivering groceries, having special shopping hours for senior citizens. She’s the first politician to blame another politician for people dying.”

Graham went on to point out Pelosi’s hypocrisy when she delayed the coronavirus stimulus bill to pursue Democrats’ far-left political agenda.

“This is the same Speaker of the House who held up the bill in the Senate for days because she wanted same-day voting,” Graham said. “She wanted carbon neutrality for the airlines. She wanted $75 million for the humanities and $25 million for the Kennedy Center. She is the one that held up the package in the Senate for days to get the Green New Deal put in a recovery package.”

“So it’s the most shameful disgusting thing I’ve heard yet and it needs to stop,” he added.

Bismark said writing laws was making sausage — you don’t want to see it being done. You’re not going to like what Pelosi stuffed into the stimulus sausage but here it is. And the biggest pigs at the trough of Animal Farm are the politicians