Senator being blackmailed once again?

Senator Lindsey Graham has vowed to introduce legislation in September or October to authorize a military attack on Iran.

“If nothing changes in Iran, come September, October, I will present a resolution that will authorize the use of military force to prevent Iran from developing a nuclear bomb,” Graham told a “cheering” audience at a meeting of the Christians United for Israel organization.

“The only way to convince Iran to halt their nuclear program is to make it clear that we will take it out,” he added.

Graham made the threat despite the fact that Iranian president Mahmoud Ahmadinejad will be replaced by Hasan Rouhani on August 4th, who is seen by many as a more moderate leader.

“The U.S. is no position to further extend its presence overseas, especially since Congress approved Obama’s initiative to support Syrian rebels by sending arms, ammunition, and perhaps anti-tank weaponry,” reports PolicyMic. “The U.S. is already indirectly dedicating resources to opposing Iran since they are supporting al-Assad’s forces, along with aid from Hezbollah. Potentially, if Graham’s initiative passes through Congress, both nations could end up preemptively clashing on Syria’s battleground. This would be a terrible outcome for the U.S., considering the significant amount of manpower and resources already allocated abroad and pressing economic issues at home.”

Political observers have often wondered why Lindsey Graham seems to side with the military-industrial complex and the political establishment on virtually every issue, from warmongering, to immigration, to eviscerating the bill of rights. He is accused by many of being a RINO, a Republican in name only, constantly siding with the Democratic Party on key issues despite being a Republican.

Many have alleged that Graham’s unrivaled capacity for being a water carrier for the establishment stems from him being blackmailed over his sexuality.

Having never been married, the Senator has been dogged by rumors that he is homosexual since he first ran for Congress in the mid 90’s.

In 2010, gay rights activist Mike Rogers claimed he had “pictures of a man who spent the night” with Graham. South Carolina Democratic candidate for Congress Linda Ketner also claimed Graham was “in the closet” but later had to apologize.

Americans for Legal Immigration PAC (ALIPAC) head William Gheen has repeatedly called for Graham to admit that he is gay, telling a crowd in 2010, “You need to come forward and tell people about your alternative lifestyle and your homosexuality.”

Back in May, liberal website AmericaBlog said it was “time to finally out Senator Lindsey Graham,” labeling him a “closet homosexual”.

If Graham were a private citizen his sexuality would be his own business, but the fact that he is a prominent Senator has caused many to question whether Graham is being politically pressured in order to avoid damaging revelations about his sex life being made public. 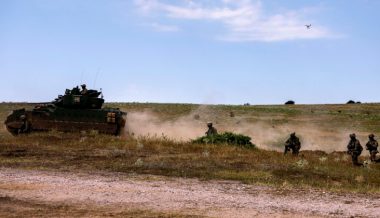