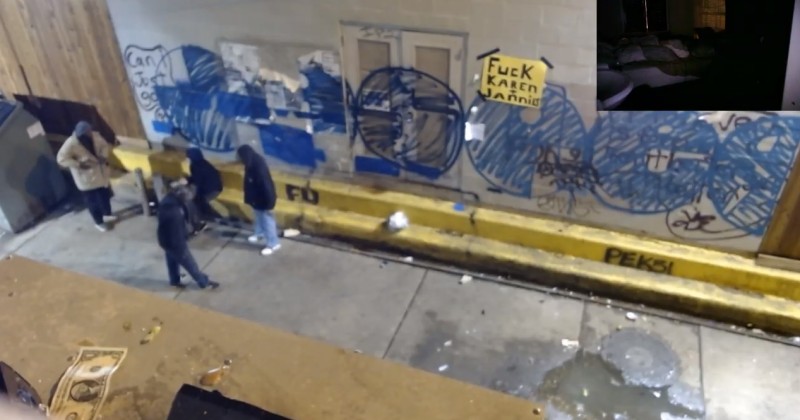 Called ‘Window of Life’ – the YouTube stream allows users who donate $5 dollars to play a brief audio clip of whatever they choose which is then broadcast outside a window onto the crack alley.

While many users chose to play snippets of bizarre music and other random sounds, numerous others hijacked the stream to racially abuse whoever was within earshot.

Most of the abuse was focused around prolific use of the n-word, while another message encouraged anyone who could hear it to physically assault minorities in the name of Donald Trump and Adolf Hitler.

“Guy sets up a cam and speakers in a crack alley and lets viewers donate to play sounds, what could go wrong?” joked one Twitter user.

The channel responsible for the stream, Keegle Weegle, emphasized, “I do not support the views of the people who donate.”