A local police commander – not private security – stood guard outside the regional headquarters of Baptist Church Family Services, a government subcontractor which manages illegal alien shelters across the U.S.

Infowars attempted to visit the BCFS headquarters in Harlingen, Texas, yesterday to talk to its public informations officer about the company’s recent plan to buy an entire hotel to house illegals, but we were denied entry by the police commander.

“They [the company brass] said not to let you in right now,” he told us.

It is unprecedented that a local cop would be providing armed security to an organization guilty of helping the federal government stage a literal invasion of the U.S., all on the taxpayer dime.

The Harlingen Police Department could not be reached for comment, but no doubt this show of force is in response to the severe backlash BCFS received after the alternative media broke news about the proposed hotel purchase, which the company now claims it is no longer pursuing.

The Palm Aire Hotel & Suites in the border city of Weslaco, Texas, which was going to be used to house illegal aliens, is a multi-story, two swimming pool resort, which local media has described as containing plenty of room for the kids to “play soccer.”

The BCFS, which also manages the shelter housing 2,000 illegal immigrant youth on Lackland Air Force Base, began as an orphanage in 1944, but has emerged as a global network of companies which work for various federal agencies such as FEMA during government-declared emergencies.

Other so-called religious charities are also profiting from the current border collapse.

Last Friday, World Net Daily reported that Catholic Charities USA and other religious groups were working with the federal government behind the scenes to temporarily shelter and resettle the children in dozens of communities across the United States.

In 2012 alone, Catholic Charities USA received nearly $2 million in grants from the government, a hefty sum for a non-profit.

And the U.S. Conference of Catholic Bishops and eight other non-profits have received hundreds of millions of tax dollars to resettle immigrants across the U.S.

Undoubtedly the pampering of illegals will only encourage more to risk their lives traveling through Mexico to the U.S., a journey which claims hundreds of victims succumbing to dehydration, rattlesnake bites, beatings and rape by violent gangs and gruesome injuries sustained from Mexican “death trains.”

But the immigrant surge is exactly what the Obama administration is encouraging through its lax enforcement of immigration laws as part of a Cloward and Piven strategy designed to overwhelm federal agencies and pressure Congress into enacting illegal alien amnesty into law. 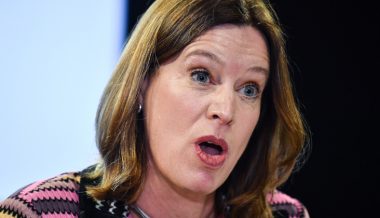 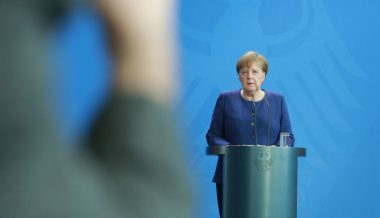