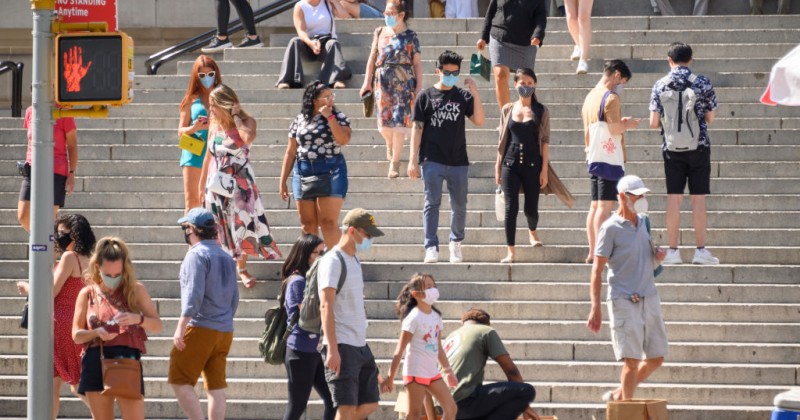 The author of a viral pro-lockdown Medium post predicting 10 million Americans could die from coronavirus is also the Vice-President of a company that just raised $80 million in fundraising for an online learning platform.

Back on March 10th, Thomas Pueyo wrote a post entitled ‘Coronavirus: Why You Must Act Now’ which ended up receiving 40 million views and was translated into 40 different languages.

He then followed up with another alarmist piece in which he asserted, “If we do nothing: Everybody gets infected, the healthcare system gets overwhelmed, the mortality explodes, and 10 million people die.”

Pueyo went into salacious detail about how exhausted health care workers would break down and die, how they would have to choose who to give oxygen to while allowing others to die, and how hospitals would be totally overwhelmed, with patients lining the corridors.

After exacerbating alarmism about the threat of coronavirus, Pueyo is now being accused of cashing in on it.

Back in November 2018, he was appointed ‘Vice-President of Growth’ for Course Hero, an online learning platform that has exploded in popularity since schools and universities were closed due to COVID-19.

In its latest fundraising round, Course Hero netted an incredible $80 million dollars.

“In Course Hero’s case, the new capital comes as a stark contrast to how the business functioned before 2020,” reports Tech Crunch.

“After launching, the startup waited eight years to raise a $15 million Series A. Now, after going another nearly six years without raising venture capital, Course Hero has closed two rounds in this year alone.”

Did Pueyo, who hired a PR firm to promote his March coronavirus posts, deliberately fan the flames of fearmongering early on in the pandemic in the knowledge that he would cash in later?
Surely not.

As we previously highlighted, a study which illustrated the level to which people had been terrified by the media found that Americans on average believed that over 30 million people had died in the U.S. from COVID, 225 times higher than the actual figure.