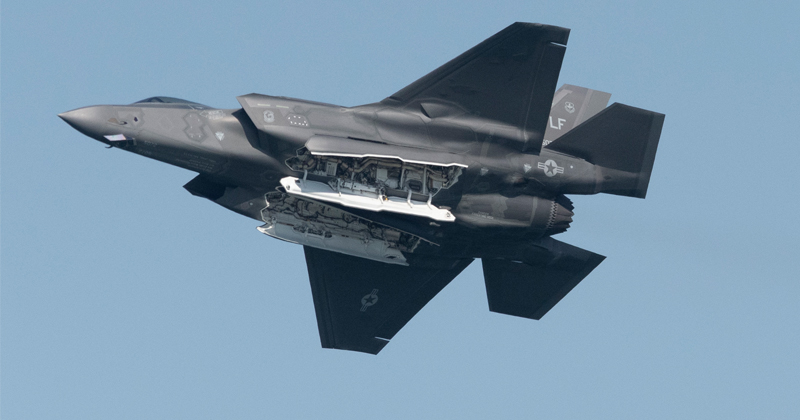 Local production of Lockheed Martin’s F-35 Lightning II jet has been temporarily paused in Italy and Japan following the outbreak of the COVID-19 novel coronavirus in those countries. Local governments have directed workers to stay home, if possible.

Manufacturing work on F-35 stealth jets for the Japanese and Italian air forces has been temporarily paused, US Undersecretary of Defense for acquisition and sustainment Ellen Lord told reporters on Wednesday at the McAleese/Credit Suisse conference in Washington, DC.

Both countries have recorded self-sustaining communities of people infected by COVID-19, meaning the virus is spreading locally and not directly connected to recent travel from China, where the disease broke out late last year.

“In Japan, I believe they shut down the FACO for a week,” Lord said of the final assembly and checkout (FACO) facilities, where the jets are assembled for use by the Japan Air Self-Defense Force. She further noted that at the Leonardo FACO facility and Pratt & Whitney engine plant in Cameri, Italy, “Lockheed has directed their employees to work from home.”

“Right now, it doesn’t look like it is affecting deliveries” of the F-35, Lord said. “Right now we have not seen any effects.”

In Japan, there are 304 recorded coronavirus cases and six deaths so far. Prime Minister Shinzo Abe ordered the closure of schools across the country on Thursday, and major firms like Panasonic, NEC and Mitsubishi – the latter of which produces F-35s for Lockheed – are mandating remote work for thousands of employees, Fortune reported.

Until late last year, it wasn’t clear whether Tokyo would buy its F-35 fleet from Washington or build its own. Only when Mitsubishi announced changes to the assembly process at its Nagoya plant, which reduced program costs by nearly $500 million, did the Defense Ministry sign off on the deal, Nikkei Asian Review reported at the time.

In Italy, more than 3,000 coronavirus cases have been reported, and 107 people have died. Italian health authorities said Wednesday they were considering setting up new quarantine zones in an effort to contain the outbreak. Two such zones already exist: one encompassing 10 towns in Lombardy, southeast of Milan, and another in Veneto, near Venice. Like Tokyo, Rome ordered the closure of the country’s education system on Wednesday, which will last until March 15, Civil Protection Agency chief Angelo Borrelli said.

Italy is expected to receive 60 F-35As, which use ordinary airfields, and 30 F-35Bs, which have short takeoff/vertical landing (STOVL) capabilities, according to Lockheed Martin. Japan is expected to receive 105 F-35As and 42 F-35Bs. On Tuesday, the defense contractor announced it had delivered its 500th F-35 aircraft, the bulk of which have gone to the US Air Force, Marine Corps and Navy, the latter of which uses its own version, the F-35C.