The widely heralded Trump baby balloon protest in London fell flat as many were left wondering what the organizers had spent £30,000 on.

The Trump baby blimp received endless mainstream media coverage in the run up to Trump’s UK visit, yet was airborne for less than two hours and appeared tiny amidst the London skyline.

Some wondered where the money had gone.

Within 2 hours, the balloon was being deflated.

And it’s over! The #TrumpBabyBlimp is back on terra firma and will now be deflated. So long baby, it’s been wild x pic.twitter.com/CTJSrnIXvj

Most of the protesters appeared to have no idea as to what they were protesting against.

The BBC described the protests as “large scale,” which was somewhat generous.

I’ve been in queues that had more people. 😄#TrumpProtest #TrumpBabyBlimp pic.twitter.com/oTXZHsYL1f

Move over tank man, a new protest icon is in town.

Move over tank man, a new protest icon is in town. #TrumpBabyBlimp pic.twitter.com/0AvTRTjhPX

Others settled for the stunning and brave act of flipping off a helicopter or banging pots and pans in a field.

I think this kind of sums up the Trump visit. Angry, frustrated people giving the finger to a retreating helicopter. pic.twitter.com/vKp259byRh

Hippies in a field banging pans and screaming at a helicopter.

The absolute state of the UK left.#TrumpBabyBlimppic.twitter.com/vXfApLWTUM

As we highlight in the video below, while tens of thousands are expected to protest Trump in London, the streets were largely empty when actual dictators came to town. 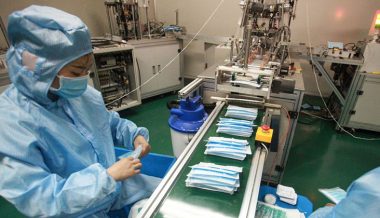