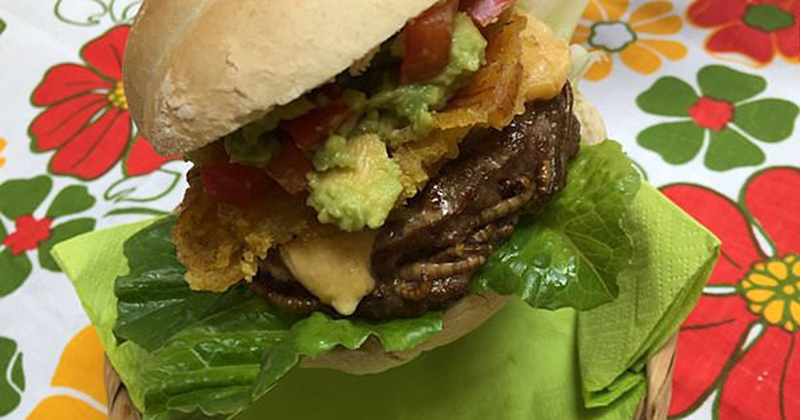 A trendy ‘urban farm’ in London is serving up burgers made from live worms, claiming that they are tastier than beef burgers and will help save the planet.

Horizon, an insect farm in London, produces thousands of worms and crickets for its customers to eat.

It claims to use leftover food from local businesses to feed the insects, including Mealworms, and says that the worms only require 10% of the land used for beef, and produce far less CO2.

‘Experimental chef’ Tiziana Di Costanzo, the founder of the ‘farm’, says that the insects have a ‘nutty to earthy flavour’, and claims that she can produce enough worms to feed her family with just bran and used vegetable peel.

“Let them crawl into your menu once, and you’ll be hooked! Costanzo said, adding that “Once you get past the ‘yuck effect’, you’ll find that they actually taste really good.”

“We are hoping to scale up the operation to a production of 100kg per week in the next 6 months, all of this with zero waste” Costanzo added.

The craze for eating insects stems from UN guidelines that “promote insects as a sustainable high-protein food.”

The London insect farm is holding events to teach people how to cook with worms and crickets. Dishes include the afore mentioned burger, as well as cricket bruschetta, curry and coriander mealworm fritters, crispy chocolate mealworm cupcakes and cinnamon and raisin insect biscuits.