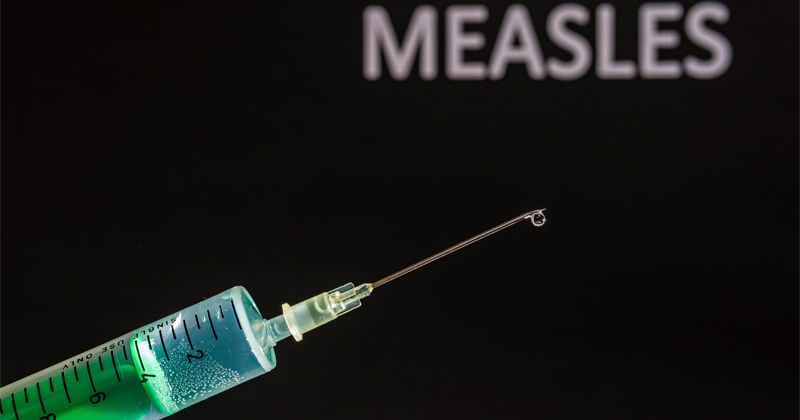 Before a humble coronavirus became the planet’s viral scapegoat, the virus most often used to promote fear—and vaccination—has been measles.

In fact, measles has provided public health officials with recurrent opportunities to fine-tune the CDC’s strategic “recipe” for fostering high vaccine demand: stir up “concern, anxiety, and worry” about disease; promote vaccination frequently and visibly; and craft dumbed-down messages that, above all, avoid troublesome “nuance.”

In this regard, parental reports linking autism spectrum disorder (ASD) to measles-mumps-rubella (MMR) vaccination have long been a thorn in officialdom’s side, giving rise to the aggressive and unnuanced media mantra that the MMR “does not cause autism.” Through constant repetition, many members of the public continue to swallow this official dogma, but the reality is that biological evidence on the ground has—from the beginning—told a very different story. The Institute of Medicine (IOM) even admitted as much in 2001 when it stated that it could neither disprove “proposed biological models linking MMR vaccine to ASD” nor dismiss the “possibility that MMR vaccine could contribute to ASD in a small number of children.”

Among the biological models developed to explain autism, one particularly fruitful area of research has focused on ASD and immune dysregulation. Researchers have pointed to “autoantibodies”—immune proteins that react with the body’s own cells, tissues or organs instead of fighting external pathogens—as key indicators of an immune system that has lost its ability to differentiate between “self” and “non-self.” Autoantibodies are the hallmark of autoimmune disease and, in autism, they tend to react with proteins expressed in the brain. In a surprisingly candid systematic review of the autoantibody literature just published in Research in Autism Spectrum Disorders, authors from Harvard and other American universities cite long-standing evidence that viral vaccines—and explicitly the MMR—are one of the culprits capable of knocking the immune system off its game.

There are numerous proteins important for a healthy brain. As the 2020 review article in Research in Autism Spectrum Disorders points out, children with ASD manifest autoantibodies to a wide spectrum of brain proteins. For example, researchers have identified autoantibodies in autistic individuals that are reactive to:

As this list shows, brain autoantibodies are something that those with ASD have in common with individuals suffering from autoimmune diseases such as lupus, multiple sclerosis and rheumatoid arthritis. In fact, not only is there a large body of evidence suggesting that ASD has an autoimmune component, but autoimmune illnesses have exploded over roughly the same time frame as autism.

Brain autoantibodies and the MMR

One of the benefits of systematic reviews is that they allow researchers to examine newer studies alongside older studies that have been sidelined or memory-holed. One of the studies included in the review, a 1998 study out of the University of Michigan, also reminds us just how long it has been since researchers began hypothesizing that virus-induced autoimmunity—and notably autoimmunity induced through MMR vaccination—might be a cause of ASD.

In the Michigan study (the first-ever to link “virus serology and brain autoantibody in autism”), the researchers measured exposure, via antibodies, to measles virus and human herpesvirus-6 in 48 autistic children and 34 controls, and simultaneously assessed levels of two key brain autoantibodies. What they found—unusually high levels of autoantibodies in the autistic children suggestive of an autoimmune response—particularly held true in association with measles virus, and “the higher the virus antibody titer the greater the chance of brain autoantibody.” Addressing the question of how exposure to measles virus occurred in the first place, the authors remarked, “virtually all subjects in the study had their MMR immunizations and none had any history of wild-type measles virus infection.”

The 2020 review also cites several subsequent studies by some of the same authors—studies that produced similar findings. For example:

Although the authors of the 2020 review are cautious overall, they outline some important clinical implications in their conclusions. While deeming the evidence “currently insufficient” to recommend routine autoantibody testing, they nevertheless state:

The fact is that there is ample evidence of a link, not just between the MMR and autism, but between vaccines, autism and autoimmunity more broadly. With their uniquely immune-altering configuration of antigens, adjuvants and preservatives (including aluminum and mercury), it is astonishing that vaccines are still so under-recognized as a trigger.

Unfortunately, public health officials continue to find it more convenient to ignore longstanding scientific evidence. In April 2019, when New York City’s health commissioner ordered Brooklyn residents to get the MMR, she claimed, with a straight face, that vaccines generally—and measles vaccines, in particular—result in “relatively few, if any, serious adverse effects.” Likewise, Dr. Anthony Fauci has repeatedly misrepresented vaccine risks, telling Americans in 2009 that serious adverse events from the disastrous H1N1 influenza vaccine were “very, very, very rare” and lying under oath to Congress in 2019 (before being corrected by a junior colleague) about the grave adverse event of encephalitis, which is listed in the MMR vaccine package insert. If these authority figures are the sources that the American people are relying on for accurate risk information about future coronavirus vaccines, we should be very worried.