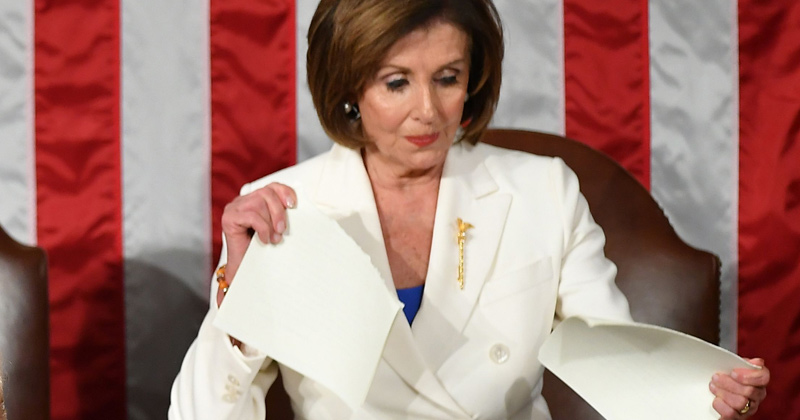 “I’ve been a Democrat for 70-something years, and what I’ve seen tonight of the Democrat Party, I am changing my mind,” one caller said on C-Span. “I’ll probably still be a Democrat [in ideology] but as far as electing a god-danged Democrat, never again.”

WOW! After the State Of The Union DEMOCRAT callers into C-SPAN completely destroyed Pelosi, saying they will NEVER vote for the Democrat Party again!😮 @realDonaldTrump #sotu #StateOfTheUnion #NancyPelosi pic.twitter.com/mB3ExhXWdr

“I’m a Democrat as well, but no longer will I vote Democrat,” said a female caller. “I think it’s outrageous that they sat there when all these good things are happening to our country and how much we love our country, and they looked like they hated our country.”

“And Nancy Pelosi, the whole time she’s sitting up there with a disgusted look on her face.”

“It’s outrageous, I will never vote Democrat again and I’m sick of it and my whole family feels the same way… my husband and my friends are sitting here, all former Democrats who voted for Hillary last time, and therefore never, ever will we vote Democrat ever again,” she added.

And another caller said she is “literally disgusted” with Pelosi.

“…The way she teared up the speech behind [Trump] at the end, I was a registered Democrat, I’ve gone independent and I’m leaning GOP now,” she said.

The fact that these sound like older Democrats who are quitting highlights the growing divisions within the party after it has shifted so much toward a progressive, globalist orientation that it alienated older Democrats who still believe in American exceptionalism.

It can’t be understated that these divisions began well before President Trump was even elected given how he won Democratic rust belt states in 2016 by campaigning on creating jobs for the working-class, which used to be a Democratic tenet decades ago.

Alex Jones breaks down how Pelosi’s bizarre behavior during the State of the Union address is a sign that the Democratic Party is dying.