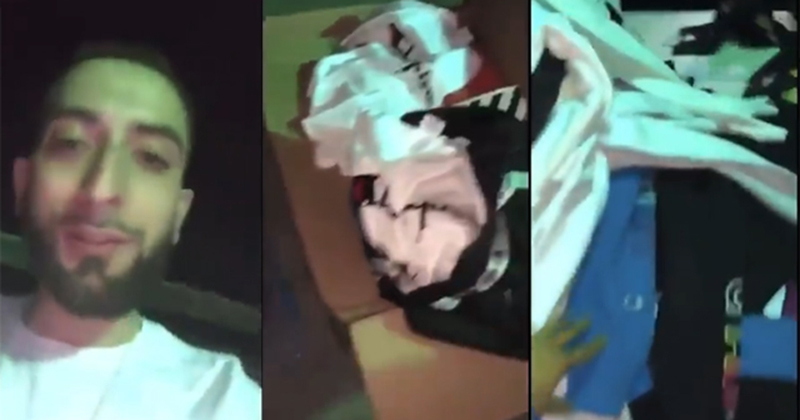 An alleged looter shared video showing off box after box of merchandise he stole amidst the riots in Santa Monica, California, only to go viral and draw the attention of the LAPD and Santa Monica Police.

Owen shares what he thinks about race relations in the US, and reacts to a video of a DC resident scolding BLM.

The video was then shared by FOX LA’s Bill Melugin:

UPDATE: Found him 🙂 And he has quite a bit of Champion loot which makes me believe he was one of the guys @bobbydtv was watching loot live on the air in the Fairfax District on Saturday.

We see the video, as will @SantaMonicaPD.

This video has been shared with SMPD detectives for follow up.

Internet sleuths allegedly ID’ed the suspect and sent his info to police.

There was tons of looting in Santa Monica over the weekend:

The looting in Santa Monica is out of control. The Democrats who run Santa Monica and California better wise up quickly and get law enforcement in there to take control. Elected Democrats there have abandoned their duty to protect innocent Americans. pic.twitter.com/1XypWrR9Yh

Looter explains his motive to @BillFOXLA after being caught by police https://t.co/sd8u3Woioa pic.twitter.com/0GqRkW8EqD

There’s really no question that tons of these looters could be easily identified — both through in store surveillance cameras and the thousands of hours of footage shared on social media — it’s more just a question of whether local District Attorneys are willing to uphold the law.