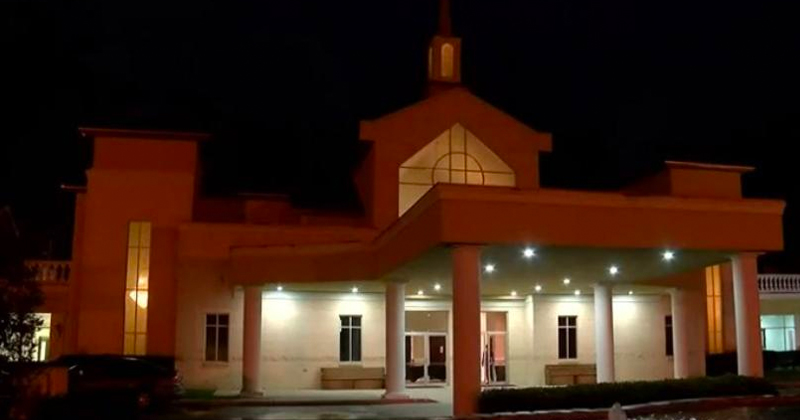 A pastor at a Louisiana church is continuing to hold services despite an order by the Louisiana governor banning all large gatherings.

About 300 worshippers still attended services at the Life Tabernacle Church in the East Baton Rouge Parish of Central, Louisiana, Tuesday, even after Rev. Tony Spell was issued a court summons that day for allegedly violating the order.

Rev. Spell pointed to the US Constitution’s First Amendment protecting the freedom of religion and freedom of assembly as one reason he is still holding services.

“We have a constitutional right to congregate,” Spell wrote in an email to CBS News Monday, adding, “We will continue.”

He says close to 1,200 worshippers attended church services on Sunday.

The pastor added he believes the virus is “not a concern” and is being used as a political weapon.

“I’m no more concerned than I would be going to Walmart or Home Depot,” he told CBS, adding that the church is disinfected daily.

“The virus, we believe, is politically motivated,” Spell told WAFB. “We hold our religious rights dear and we are going to assemble no matter what someone says.”

Louisiana Gov. John Bel Edwards on March 23 imposed a Stay at Home mandate that ordered: “all gatherings of 10 people or more shall be postponed or cancelled.”

“I’m a person of faith,” Governor Edwards said in reference to the church staying open. “I happen to believe very much in the awesome power of prayer. I also believe in science, and the scientists at the CDC say that the measures we are taking will minimize the spread.”

In the meantime, Spell says he has no plans on stopping services.

“We’re still here and still assembling and having church,” he said.

“Because the Lord told us to,” Spell answered when asked why he’s defying government orders.

Speaking to WAFB, a member of Spell’s congregation also said they would not stop attending services:

“I love Pastor Spell for giving me the Word. I love him for the man he is. He changed me so much. I’m not missing my church because of no coronavirus. I love the Lord and He’s going to take care of us.”

President Trump has set a goal for the nation to be back up and running as usual by the time Easter rolls around, but MSM and the left are pushing to block Americans from going to church this year!