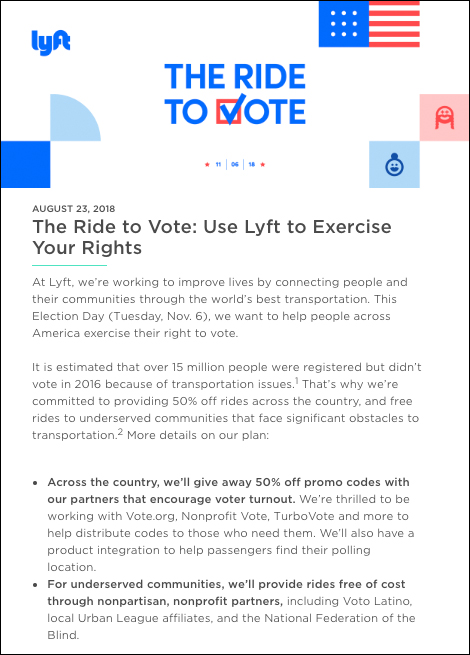 According to a press release issued by Lyft last Thursday, the company says it has teamed up with Voto Latino to get “underserved communities” to the polls.

“For underserved communities, we’ll provide rides free of cost through nonpartisan, nonprofit partners, including Voto Latino, local Urban League affiliates, and the National Federation of the Blind,” the company stated.

The non-profit 501(c)3 organization has opposed the president’s agenda on nearly every issue related to immigration.

According to figures available at OpenSecrets.org, Voto Latino has spent over $1.3 million opposing President Trump as of December 2017.

The group has also opposed President Trump’s proposed wall on the southern border, which they’ve called “wasteful, harmful, and irresponsible.”

And “Unsurprisingly, the group has worked on behalf of sanctuary cities across the country,” notes Big League Politics’ Peter D’Abrosca.

Lyft did not respond to Infowars’ request for comment at time of publication.