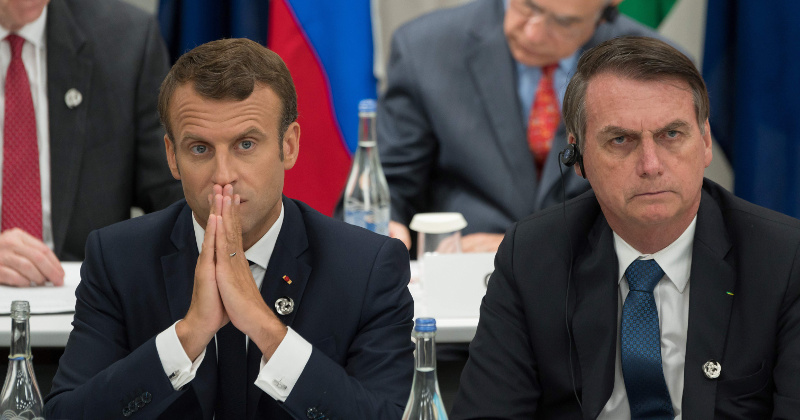 Brazil has turned down the G7 countries’ offer of aid in combating the massive Amazon rainforest fires, suggesting that the funds would be better used to plant trees in Europe, and slamming French President Macron’s “colonialism.”

“We appreciate [the offer], but maybe those resources would be put to better use reforesting Europe,” President Jair Bolsonaro’s chief of staff Onyx Lorenzoni told Globo, adding that French President Emmanuel Macron – who insisted the rainforest fires be a central issue at Biarritz – was motivated by “colonialism and imperialism.”

“Macron can’t even prevent a foreseeable fire in a church that is a world heritage site,” Lorenzoni zinged. “What does he want to teach our country? He has plenty to take care of at home and in the French colonies.”

The G7 countries – France, US, UK, Germany, Italy, Canada, and Japan – had pledged $22 million to buy additional firefighting planes to combat the blazes after Bolsonaro had previously claimed his government lacked the money to fight the inferno.

Alex Jones breaks down the economic terrorism of the Chinese and how the US mainstream media have chosen to back the Chicoms over the American people.

Environment Minister Ricardo Salles appeared to disagree with the president’s spokesperson, telling reporters that Brazil would take the money.

Bolsonaro and Macron clashed in the run-up to the G7 summit after Macron threatened to torpedo the EU-Mercosur trade agreement over the Brazilian leader’s stance on climate change, declaring that the international community must take action regarding the fires.

After other nations joined Macron in voicing their opposition to ratifying the deal as long as Bolsonaro refused to address the environmental catastrophe unfolding in his country, he sent in the army to combat the conflagration – but not before slamming the French leader’s “colonialist mindset.”

Meanwhile, Macron’s own environmental policies have come under fire from Yellow Vest protesters who accuse him of being “all talk” on saving the planet.