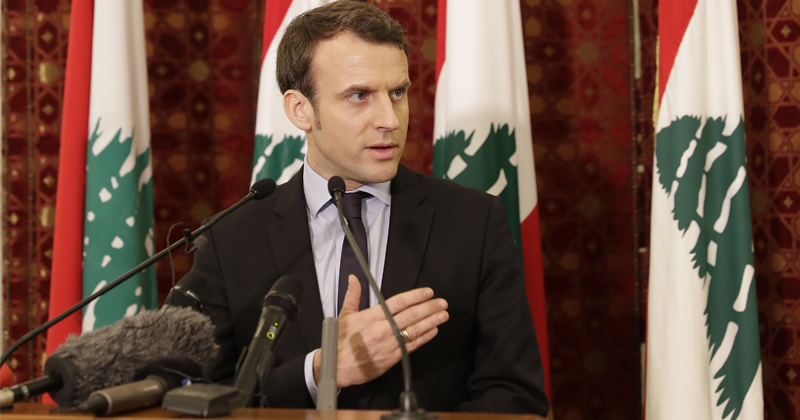 Paris will slap Lebanese elites with sanctions and could even withhold crucial financial aid if Beirut fails to implement reforms, the French president has warned.

The upcoming months would be “fundamental” for what he described as “real change,” Macron told Politico as he was heading to Beirut for a second visit in a month. Should he be not satisfied with the reforms made within the set period of time, punitive measures will follow, he added.

The list of such measures ranges from personal sanctions against members of the Lebanese political elite, to blocking an international financial bailout – vital for a country gripped by a prolonged economic and political crisis, and struggling with the aftermath of the recent major explosion in the capital.

During Macron’s previous visit in early August in the wake of the devastating blast which killed almost 200 people, the French president called for a new, interim government, as well as for an audit of the nation’s central bank and parliamentary elections within a year. Now, he says he wants “credible commitments” from the Lebanese political parties that they will stick to the plan – including a timetable for holding the legislative vote within “six to 12 months.”

The horrific blast aggravated existing problems and provoked violent anti-government demonstrations, forcing Prime Minister Hassan Diab to dissolve the cabinet in early August. A new government has however been slow to emerge, prompting President Macron to intrude on the affairs of the former French protectorate.

Macron stated he is not known for being soft and is not going to back down in Lebanon but is still wary of using what he calls France’s full force and locking horns with Hezbollah. The French president meanwhile blamed Lebanese protesters for the failure to produce a leader powerful enough to bring the country’s political elites under control.

“A name works if the street knows how to produce a leader who leads the revolution, and breaks the system. It didn’t work, at least not today, maybe tomorrow or after tomorrow it will,” he said, commenting on public discontent over the choice of a new prime minister.

Diplomat Mustapha Adib was agreed as the new head of the government just hours before Macron’s arrival in Beirut. However, his candidacy apparently did not sit well with at least some members of the public and Macron was at some point met by a crowd chanting “Adib won’t do!” and “We want Nawaf Salam!”

Salam – a judge with the International Court of Justice – lacks support among the political elites of Lebanon and would hardly be able to fulfil his role as a head of government, Macron said while also explaining that it was not him, who chose Adib and it was not his job “to interfere or approve.”

Facebook is censoring official CDC data that reveals COVID-19 is not nearly as deadly as first projected by the W.H.O. and Dr. Fauci.