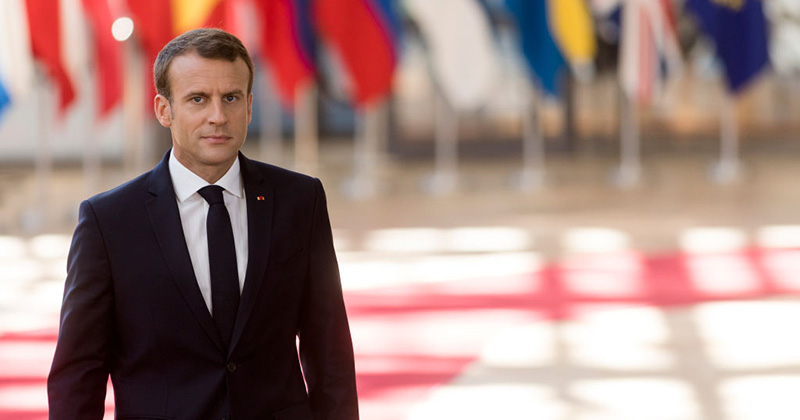 African nations should do more to improve infrastructure for young people of the continent to stem mass migration to Europe, according to French President Emmanuel Macron.

“We need more Africans to succeed in Africa,” Macron said on a visit to the Nigerian capital, Lagos, this week. “Let’s build homes for the African youth in Africa.”

We are facing migration. Helping Africa to succeed is good for Europe and France. pic.twitter.com/oNbmlPCj1A

Europe cannot handle the influx of future African migrants because it doesn’t have the infrastructure or the economy to deal with it, Macron said.

“These people, given the magnitude of this wave, cannot be accepted, at least, not all of them,” he added.

Macron’s comments come in stark contrast from remarks he made only a couple months ago, when he asserted that because “Europe has its destiny bound with Africa,” it would bear the burden of taking in hundreds of millions of migrants over several decades.

“The migratory phenomenon we are facing will be historic,” stated the pro-EU French president in April. “[Africans] are mostly turning to Europe because the continent [of Europe] is not an island, because of our location, and because Europe has its destiny bound with Africa.”

Nigeria, which used to be a British colony until 1960, is facing skyrocketing population growth in the coming years, along with other African nations.

“Nigeria’s population, according to some projections, is forecast to more than double by the middle of the century to 400 million,” Breitbart reported.

It’s unclear what led Macron to walk back his statements from April, but given Europe’s gradual slide toward nationalism, it’s reasonable to estimate that he may be trying to address his sinking approval ratings, which is currently at about 40%.

Mask or £100 fine: Boris Johnson’s government ORDERS Britons to cover up for Covid-19 after saying it wouldn’t