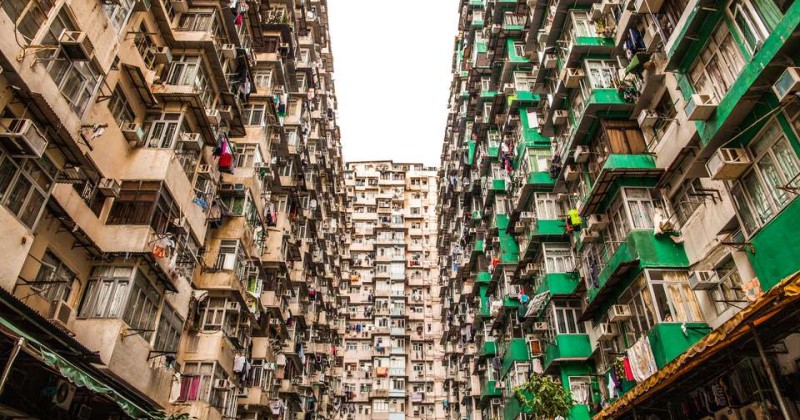 Hong Kongers are imitating Howard Beale’s infamous Network stunt by screaming in unison out of their apartment windows at 10pm every night.

In the 1976 movie, the ranting TV news host encouraged his viewers to stick their heads out of their windows and yell, “I’m mad as hell and I’m not going to take it anymore.”

Hong Kong protesters, who have embraced many western tropes, have been engaging in what they call the “Million Scream” for the past three weeks, during which they scream protest slogans from their high rise homes.

“When the clock strikes the hour, a chorus of cries can be heard reverberating across districts, with slogans popularised by pro-democracy protesters — including “five demands, not one fewer” and “Hongkongers, add oil” — echoing between high-rises,” reports the Hong Kong Free Press.

One clip shows two students from secondary schools in Kwai Tsing shouting to each other, “Liberate Hong Kong, the revolution of our times!”

In recent evenings at around 10pm residents in my Tai Koo Shing neighbourhood shout “add oil” and “HK people” from their windows… like this: pic.twitter.com/1EuDWppjJx

A third clip shows similar slogans being shouted out of huge apartment blocks in Fanling.

Chief Executive Carrie Lam’s announcement that she would withdraw the extradition bill that sparked the protests was met with scorn by the ‘screamers’ – who want all five of their protest demands met.

So what’s the 10 o’clock verdict on Carrie’s gambit? Oh …

The stunt illustrates how Hong Kongers see their resistance to Chinese rule not just as an occasional protest activity, but as an intrinsic part of their daily lives.

“I think shouting can boost morale among protesters… [They] can feel trust and support within their community,” said 35-year-old teacher Ms Lee. “I felt very touched and supported when I first shouted and my neighbours responded to me, though I couldn’t locate them. So I continue to do it.”

Howard Beale would have been proud.