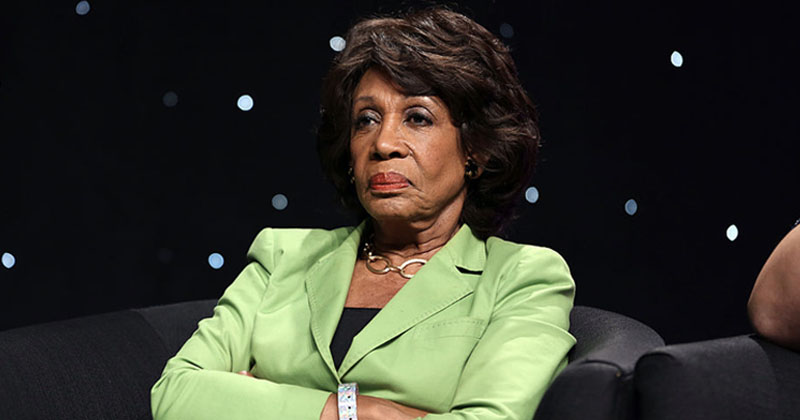 Rep. Maxine Waters (D-Calif.) called for President Trump to be imprisoned and sent to solitary confinement for pushing back against the Deep State’s effort to frame his phone call with Ukraine President Volodymyr Zelensky about 2016 election interference as a crime.

Waters, notorious for constantly demanding Trump’s impeachment since BEFORE he was sworn in, escalated her rhetoric following Trump’s criticism of the anonymous CIA “whistleblower” who submitted a complaint rooted in secondhand accounts and hearsay alleging wrongdoing by Trump.

“I’m calling on the GOP to stop Trump’s filthy talk of whistleblowers being spies & using mob language implying they should be killed,” Waters tweeted Monday. “Impeachment is not good enough for Trump. He needs to be imprisoned & placed in solitary confinement. But for now, impeachment is the imperative.”

I’m calling on the GOP to stop Trump’s filthy talk of whistleblowers being spies & using mob language implying they should be killed. Impeachment is not good enough for Trump. He needs to be imprisoned & placed in solitary confinement. But for now, impeachment is the imperative.

Paul Manafort is being sent to solitary confinement in my district – Rikers Island.

A prison sentence is not a license for gov torture and human rights violations. That‘s what solitary confinement is.

Manafort should be released, along with all people being held in solitary. https://t.co/9rERLDSzrD

The last time Waters called for Trump’s imprisonment was in July after former Trump lawyer Michael Cohen was sentenced to 3 years in prison for a litany of fraud crimes unrelated to Trump.

Michael Cohen is serving 3 yrs for the crimes that he committed w/ and for the President of the USA. Many are wondering why this case was closed. It ain't over until it's over & it ain't over until Trump is held responsible for all of his crimes. Impeachment first, prison next!

Waters, one of the most visible far-left radicals of the Democrat Party, is well-known for her incendiary and ridiculous remarks, such as calling for the harassment of Trump supporters and officials in 2018, denouncing critics of Sharia Law, and complaining that “700 BILLION Americans” would lose their healthcare if Obamacare was repealed.

Maxine Waters has once again called for the impeachment of President Trump. Alex reveals that the left is planning to follow through with impeachment proceedings if they win the house in November.