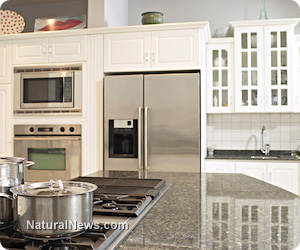 As the author of the insightful, prophetic book “1984,” even George Orwell’s discussed “surveillance society” wasn’t so sinister as to include kitchen appliances. But thanks to the continued miniaturization of technology, snooping devices and those designed to disrupt wireless operations are proliferating at an unbelievable pace.

According to Britain’s Daily Mail, Russian investigators say they have discovered hidden microchips in Chinese-made household appliances that have been imported into the country, designed to transmit spam and other malware into wireless networks.

The paper said officials in St. Petersburg claim to have discovered 20 to 30 kettles and irons that contained “spy chips that send some data to the Foreign Service,” Russian media reported.

It’s not been a good year for Russia and espionage; word of the Chinese chips comes as the European Union launched an investigation into claims that Moscow had bugged gifts it sent to delegates at last month’s G20 summit, in a bid to steal data from computers and cell phones.

As reported by the Daily Mail:

This has led to speculation that the chips allegedly found in the home appliances may also have the ability to steal data and send it back to Chinese servers.

The allegations against the Chinese were made in St Petersburg news outlet Rosbalt, which quotes a source from customs broker Panimport, but does not detail what data was being sent or to where.

A separate report by another British news website, The Register, which translated the Russian story, says it’s possible to build a malicious microchip, which is sometimes called a spambot or a spybot, that is small enough to hide in a kettle.

The Register believes the Russian story:

A bit of digging suggests it is legitimate. One source the story mentions, Gleb Pavlov of customs broker Panimport, can be found at the link we’ve popped in on the company’s name. We’ve also been able to find this link to an appliances company called “Sable Ltd”, the very name translation engines say is the employer of one Innokenty Fedorov whose company found the bugged appliances.

The reports also suggest there are a number of available transformers which could convert Russia’s 220V electricity supply system to power the chips without hurting them.

But The Register casts some doubt on claims that the bots were discovered because they were overweight, because it’s not likely that the difference of a few grams would have been enough to arouse customs suspicion.

If the appliances were shipped by air, then that might be possible, but that probably wasn’t the case, because the items in question were not very expensive.

As to Russia’s alleged espionage, the EU has begun an investigation of gifts that were given to visiting delegations at an August G20 summit in St. Petersburg. Delegates from the world’s top 20 economies met there.

More from the Daily Mail:

European Commission spokesman Frederic Vincent said that experts were looking into the handouts, which included USB sticks and were given out at the Group of 20 summit, but said ‘analysis of hardware and software have not amounted to any serious security concerns.’ He added the investigation had not yet been fully completed.

Newspapers in Italy reported recently on allegations that Moscow tried to spy on participants of the G20 summit by handing out free tech gear like USB memory sticks and mobile phone chargers which, once activated or plugged in, would infect computers with spyware.

Other appliances have been causing concern to privacy advocates – among them, so-called “smart TVs.”

Techies have warned that the TVs are vulnerable to hacking, just like a laptop or other Wi-Fi device, and, as such, could be used to steal your personal data or even “watch you.” 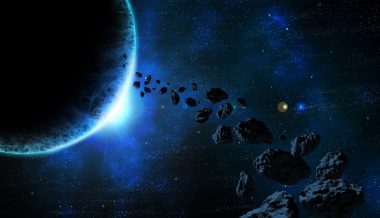