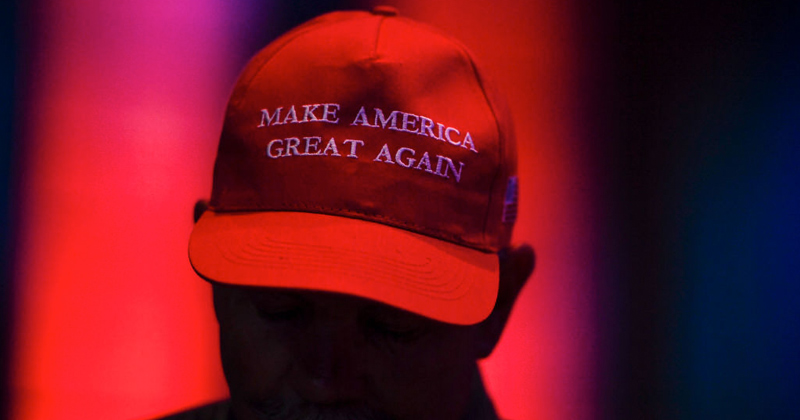 Police arrested two people after a man visiting a Portland-area bar was beaten over the weekend due to his Make America Great Again hat.

Late Friday night, Luke Lenzner and his wife were about to enter the Growler’s Taproom when people outside the bar saw the hat and were immediately triggered.

“I got mobbed by everybody that was in that bar outside. People came from the inside out – just circled me and my wife,” Lenzner told Fox 12 Oregon.

According to Lenzner, he was trying to stop people from taking his hat when someone socked him in the face.

“Surrounding me, like literally surrounding me, pushing me. I’m just trying to get through, trying to stop the person from hitting me, from taking my hat, and then I get sucker punched,” Lenzner told FOX 12.

Staff at the bar released footage of Lenzner and his wife attempting to enter and being turned away because they say serving hours were over. It shows Lenzner point at his hat and say something to a patron before he leaves. Staff and witnesses claim that’s what prompted the assault.

Lenzner was able to get the license plate of the pair of people who attacked him, 22-year-old Leopold A. Hauser and 23-year-old Adebisi A. Okuneye, and they were later arrested nearby.

The victim is not facing any charges because “Police say Lenzner never involved himself physically in the altercation,” reports Fox 12.