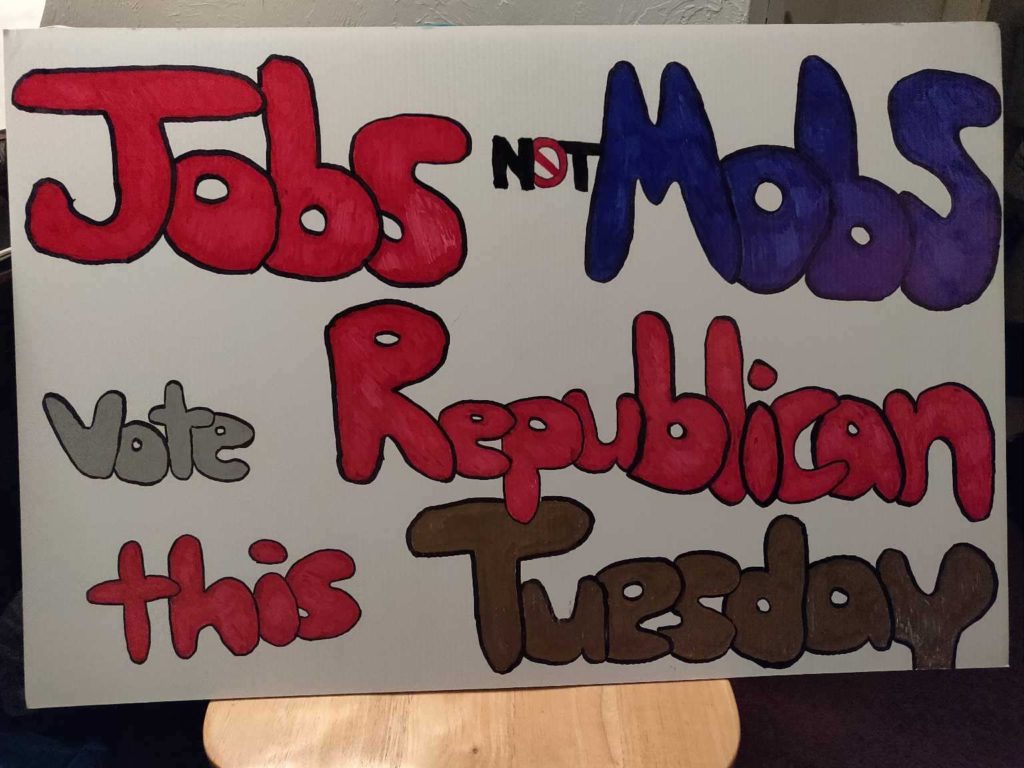 The incident took place as Jonathan Sparks campaigned for Republicans and President Donald Trump in Tucson ahead of the midterm elections.

The attacker approached the unsuspecting Sparks from behind, as he canvassed a downtown sidewalk, pulled at his hat and stomped on his ankle, breaking it in four places.

“And oh was it painful. My ankle was just hanging there,” Sparks told News 4 Tucson.

Sparks, who spent 20 hours in the hospital following surgery, says he wasn’t aware of his injury when he turned around and tried to save his hat.

“I felt a very strong grasp on my hat. It pulled me back and grabbed a lot of hair,” recounted Sparks. “The assailant jumped onto my ankle from behind and so not knowing my ankle was broken into four pieces, I turned around to grab and take the hat back. My hands latched onto the hat.”

The man proceeded to call Sparks a racist and began beating him on the ground, but he was fortunately stopped by Good Samaritans who held him until police arrived.

“Then I heard the words Hitler, Nazi and Trump. He was shouting things like that,” Sparks claimed. “He came over the top of me and over and over again, he hit me.”

The wheelchair-bound Sparks says he was merely trying to convey his support for President Trump.

“I was making a statement that I personally believe that Donald Trump is a fantastic president of the United States,” Sparks told the media. “I think that intolerance to his ideology was the flame.”

He says he believes the assault wouldn’t have received more attention if he’d been carrying an anti-Trump sign, “a rainbow sign, or I was a black guy which then, I think there would be a sea of reporters here.”

Sparks says he’s thankful for the Tucson citizens, law enforcement and emergency personnel that came to his aid.

“I was attacked with vengeance by an evil man but you know what I learned, you know what God taught me through the whole thing? How wonderful Tucson is,” said Sparks. “There were people who pulled him off, paramedics who stayed with me there is a police officer that protected me.”