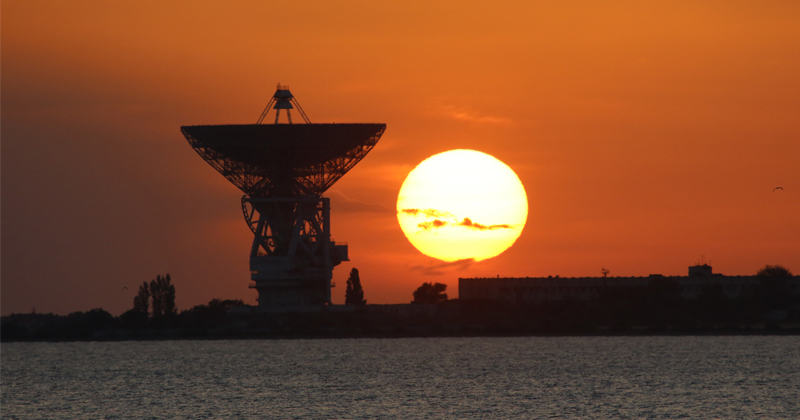 Geophysicists have been puzzling over a gradual weakening of the Earth’s magnetic field in an area stretching from Africa to South America, which has resulted in technical disturbances in satellites orbiting Earth.

Scientists have resorted to data from the European Space Agency’s (ESA) Swarm constellation to probe the disturbing weakening of Earth’s magnetic field in the area known as the “South Atlantic Anomaly”.

Jurgen Matzka, from the German Research Centre for Geosciences, and a team of experts from the Swarm Data, Innovation and Science Cluster (DISC) have been using data from ESA’s Swarm satellite constellation to identify and measure the different magnetic signals that comprise Earth’s magnetic field.

The dynamic force of Earth’s magnetic field protects our planet from streams of cosmic radiation and charged particles, often called the solar wind, streaming from the Sun.

The veil of this field extends for tens of thousands of kilometres into space and is vital for the flourishing of life on Earth.

It is largely generated by a hot, swirling liquid iron that makes up the outer core around 3000 km beneath the surface of the planet, creating electrical currents, which generate the continuously changing electromagnetic field.

However, recent studies have determined that the position of the north magnetic pole is changing rapidly.

Scientists claim that over the last 200 years, the magnetic field has lost around 9 percent of its strength globally, with a specific area of reduced magnetic intensity stretching between Africa and South America. The region was dubbed the “South Atlantic Anomaly”, and probing it has become a challenge for science.

Sorry to disappoint the "we're all going to die" crowd, but the South Atlantic Anomaly has been developing at least since 1840, and appears to be an effect of long-term, mysterious flows in Earth's outer core. https://t.co/VXAO8xayUJ pic.twitter.com/zkm5ROQaxu


From 1970 to 2020, the minimum field strength in the anomaly nosedived from around 24,000 nanoteslas to 22,000, with the area itself both spreading and moving westward at a pace of around 20 km per year.

Another centre of minimum magnetic intensity has been located in the past five years southwest of Africa. This, believe scientists, could signify that the South Atlantic Anomaly could split up into two separate sections.

Growth of the South Atlantic Anomaly indicates that the processes involved in generating the field are far more complex than originally believed, with simple dipolar models failing to account for the recent developments.

The current weakening of the magnetic field has been suggested as a sign of looming pole reversal, when the north and south magnetic poles switch places. This has happened in our planet’s history before, with these reversals typically occurring every 250,000 years.

The South Atlantic Anomaly, say scientists, gives no reasons for concern at the surface level, yet is believed to impact satellites and other spacecraft flying through the area.

Technical malfunctions are cited as posing a threat due to weakened magnetic field in this region, with charged particles charging through the defensive veil and penetrating altitudes of low-Earth orbit satellites.

Charged particles like protons, trapped in the inner Van Allen belt – two areas of charged particles that surround the Earth and are held in place by its magnetic field – can damage electronics if exposed to this harmful radiation overtime.

As a result, astronomical data and computers can glitch, and electronic systems can fail to function properly.

Prominent devices which get affected when they come in the SAA affected area, sometimes dubbed the “Bermuda Triangle of Space”, are the Hubble Space Telescope and NASA’s MODIS satellite. The latter was out of action for over two weeks before it could be restored.

While the mystery of the origin of the South Atlantic Anomaly is still to be solved, magnetic field observations from Swarm will potentially offer fresh insights into the mysterious processes of Earth’s interior.