In the face of continued obstruction by many Republicans in Congress, most notably the Senate’s failure to repeal Obamacare despite voting to do so under Obama, the mainstream media has gleefully declared President Trump a “lame duck.”

“Trump may be the first president ever to have become a lame duck with three and a half years remaining in his term of office,” declared Max Boot in Foreign Policy magazine.

He “will not fight for legislative priorities such as health-care reform — a subject he does not understand or care about — but he will fight to obstruct an investigation into his own misconduct,” Boot declared, despite Trump posting countless messages on Twitter relating to healthcare and inviting the entire Republican Senate caucus to the White House to lobby for passage of an Obamacare repeal bill.

“It’s interesting to see what constitutes a breaking point for the Trump crowd. They were fine with Trump’s ignorance, inconsistency, and mendacity; his crazy conspiracy theories and unhinged tweets; his vile attacks on women, war heroes, and the press; his demonization of Mexicans and Muslims; his pussy-grabbing and general, all-around loutishness; his kowtowing to Vladimir Putin, Rodrigo Duterte, and other loathsome dictators; his son’s eagerness to collude with the Russian government and his own attempts to obstruct justice by firing the FBI director,” he added.

Many #NeverTrump Republicans have begun openly ignoring President Trump and his agenda – thumbing their noses at many of the voters who elected them in the first place.

Most notably, Alaska Senator Lisa Murkowski, Arizona Senator John McCain, and Maine Senator Susan Collins ignored calls from the White House and Conservatives and voted with the entire Democratic caucus to keep Obamacare in place – despite casting dozens of votes to fully repeal the program under then-President Obama.

“We work for the American people,” claimed South Carolina Senator Tim Scott. “We don’t work for the president.”

Arizona Senator Jeff Flake, a staunch opponent of the president, targeted Trump and the Republican party in his new book, writing that “unnerving silence in the face of an erratic executive branch is an abdication” and marveling at “the strange specter of an American president’s seeming affection for strongmen and authoritarians.”

The failure to repeal Obamacare constituted “a Waterloo moment for Trump, the tea party and their alliance,” Pearlstein declared, referring to a decisive battle that ultimately ousted French Emperor Napoleon.

“They have been stopped in their tracks not only by Democratic opposition but because of a mutiny within their own ranks. Although never particularly liked or respected, it is now clear that they are no longer feared. The bankruptcy of their ideas and their incompetence have been exposed. Their momentum has been dissipated. Their rejection of political norms has itself been scorned. Our long national nightmare may finally be coming to an end.”

The mainstream media has been promoting the “lame duck” narrative for months.

“Donald Trump may just have achieved another first — but this isn’t one he will like. He may be on the verge of becoming the first president to be considered a “lame duck” within the first two months of his presidency,” wrote Dean Obeidallah, a former attorney and columnist for The Daily Beast, in March.

Trump is nothing more than “a rare, orange-feathered lame duck President whose most significant achievement may turn out to be his unintentional rebuilding of the Democratic Party.”

Chuck Todd, host of NBC’s “Meet the Press,” warned President Trump back in March to accept “the fact” Russia interfered in the election to benefit him or risk his administration becoming a “temporary lame duck presidency.”

“You’ve got a stalled agenda. Republicans who have no fear of this president right now. They don’t think there’s a political penalty to buck him.” 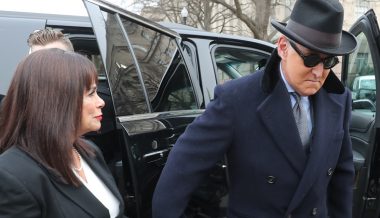