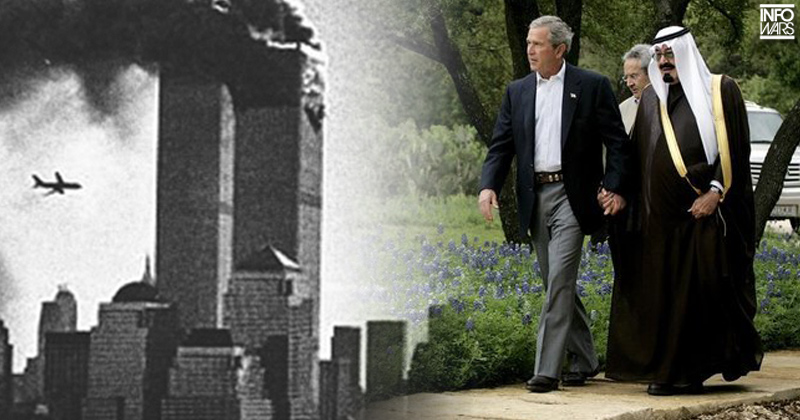 New evidence reveals a link between Saudi Arabia and 9/11, according to an international newspaper.

Ghassan Al-Sharbi, a Saudi bombmaker, is said to have taken flying lessons with the 9/11 hijackers and U.S. investigators found his flight certificate in an envelope from the Saudi embassy in Washington, D.C., the Australian reported, citing a recently declassified U.S. memo.

“The envelope points to the fundamental question hanging over us today: to what extent was the 9/11 plot facilitated by individuals at the highest levels of the Saudi government?” Asked Brian McGlinchey, the activist who uncovered the 2003 memo known as Document 17.

Al-Sharbi was captured in Pakistan in 2002 and has since been held in Guantanamo Bay, which may indicate why President Obama has kept the detention center open despite promising he would close it “immediately” during his 2008 presidential campaign.

And Document 17 may explain why Saudi Arabia is freaking out right now, including the recent threat to dump nearly $750 billion in U.S. Treasury bonds and other assets if Congress passes a popular bill that would allow 9/11 victims to sue the country.

And it may also explain why both House Speaker Paul Ryan and Senate Majority Leader Mitch McConnell are trying to derail the bill, but they face a losing battle in the long-run: other mainstream outlets are finally coming clean about the Saudi connection to 9/11.

“The kingdom’s involvement was deliberately covered up at the highest levels of our government, and the coverup goes beyond locking up 28 pages of the Saudi report in a vault in the US Capitol basement,” Paul Sperry of the N.Y. Post reported. “Investigations were throttled, co-conspirators were let off the hook.”

“Case agents I’ve interviewed at the Joint Terrorism Task Forces in Washington and San Diego, the forward operating base for some of the Saudi hijackers, as well as detectives at the Fairfax County (Va.) Police Department who also investigated several 9/11 leads, say virtually every road led back to the Saudi Embassy in Washington, as well as the Saudi Consulate in Los Angeles.”