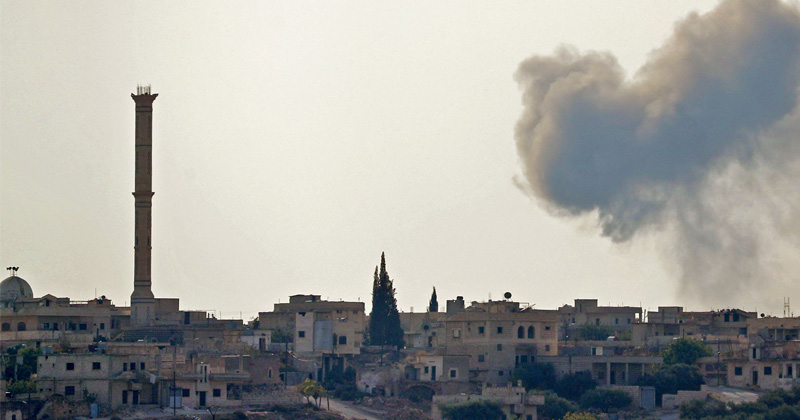 A mainstream media and academic expert this week issued a rare admission: that pretty much everything the establishment has fed the public on Syria is false or distorted; but it remains that after tragic eight-year long war is slowly coming to a close, new indisputable facts are coming to light.

“Truth did not matter at all,” he admits after years of providing commentary for mainstream publications.

In a lengthy thread on Twitter, counter-terrorism author and assistant professor of political science and public policy at Northeastern University Max Abrahms exposed how he saw the ‘narrative managers’ at work from the inside of the establishment think tank world and media. As his own research came to uncover and document the truth of what was happening in Syria, “the media would excise me and the research from their stories” he revealed. His work in the early years of the war appeared in The New York Times and other major outlets, however, he was increasingly censored and pushed out of a number of platforms for speaking inconvenient truths.

Below is his full commentary, written in the wake of the new OPCW leaks which the mainstream is still trying hard to ignore.

Every day there are new revelations that the “rebels” were in cahoots not only with Al Qaeda but also ISIS and official reports of Assad using chemical weapons were doctored according to the reports’ own authors.

Were you ever skeptical that Assad was authorizing chemical weapons attacks when they were the one thing that put his winning the war at risk?

Authors of the official reports linking him to chemical weapons usage have now supplied evidence that their own reports were doctored.

When I was interviewed about Syria’s military using chemical weapons, I expressed skepticism as Assad bucked the political science literature by engaging in the one conduct that would reverse his hard-fought victory.

But the media would excise me and the research from their stories.

The #1 story should be that authors of the official reports linking Assad to WMD usage have supplied evidence that they were doctored in defiance of the scientific evidence and exploited to push regime change in Damascus, which risked creating the Islamic State war with Russia.

The story of doctored WMD reports and Al Qaeda-led rebels must be told.

What happened in Syria is the American political establishment decided that the ends justify the means. Truth did not matter at all. We were told Assad must go based on WMD reports their own authors say were doctored to support “rebels” who were Al-Qaeda-led and helping ISIS.

Watch this interview and determine yourself whether you find trustworthy the official report linking Assad to the chlorine attack which was sold in the media as casus belli for toppling Assad and has now been exposed by the fact-finders themselves as doctored.

If you think politicians, think tanks and media got a lot wrong in the Iraq war wait until you hear about the Syria war.

If you cheered for another regime change war then it doesn’t matter whether the casus belli lacks evidence. The media is unmoved that multiple scientists who made up the official investigation doubt that the Syrian military was behind the attacks or the use of chlorine at all.