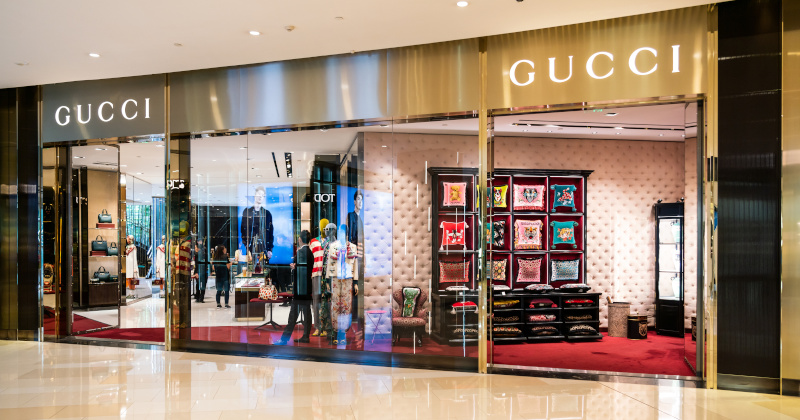 Traders have since faded the initial pop, due mostly to the company’s warning that the virus outbreak in China could damage sales in 1Q20 for its star brand Gucci, reported Reuters.

Kering said Gucci’s success is partly because of the robust Chinese market, with much of the economy shut down, and consumption collapsed, this could have a significant impact on “consumption trends and tourism flows, and their ability to affect economic growth.”

Kering’s CFO Jean-Marc Duplaix said the company “remained very confident about its growth potential in the medium and long term” despite the world’s second-biggest economy shut down, 400 million people in quarantine, factory hubs on idle, and transportation networks froze.

Kering’s revenues increased by 13.8% to $4.76 billion in 4Q, up 11% Y/Y. Duplaix said despite sales halving in Hong Kong last year because of the riots, the company was overly reliant on mainland China to drive new sales. He said Gucci contributes 83% of its recurring operating income.

“Knowing how dynamic and resilient the Chinese people are, we expect things to return to normal promptly once the emergency is over.”

But, Kering admitted it was “impossible” at this time to assess the impact of the virus on business and how fast it will recover, as it has closed around half of its stores in mainland China and is postponing new openings and reviewing product launches in the country due to the impact of Covid-19.

Earlier this week, Italian jacket maker Moncler warned that sales at its stores in China crashed 80% since the virus broke out.

Under Armor, on Tuesday, forecasted a surprise drop in 2020 revenue because of the expected sales slowdown associated with the virus.

“The company’s initial 2020 outlook currently includes an estimated negative impact of the coronavirus outbreak in China of approximately $50 million to $60 million in sales related to the first quarter of 2020.”

Pandora A/S informed investors this week that its operating segment in China has ground to a halt.

Gucci, Moncler, Under Armor, and Pandora are some of the first consumer companies to realize a demand shock in China could severely damage sales in 1Q.

As we’ve mentioned before, the coronavirus impact on China is global, and it could be a large enough disruption that tilts the global economy into recession.