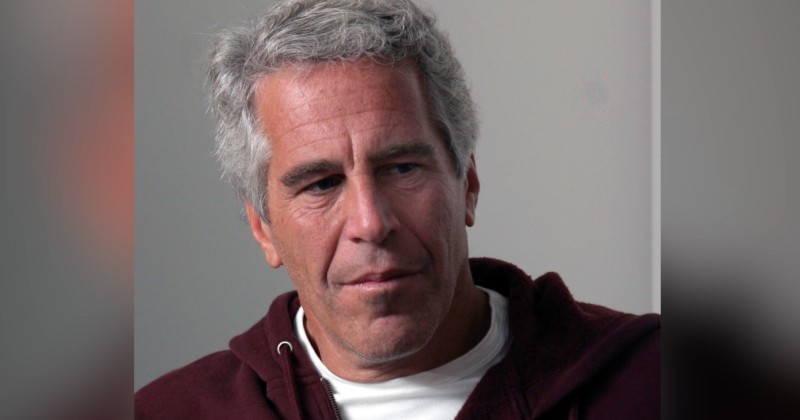 It won’t just be Jeffrey Epstein that will be on trial in the months ahead.

As this scandal unfolds, the entire U.S. legal system will be on trial, and if justice does not prevail many Americans will lose faith in the system for good.  And of course the rest of the world will be watching too, and so what are they supposed to think about us if we are not able to put Epstein and all of his dirty friends in prison?  As I detailed in part three of this series, the evidence against Jeffrey Epstein and his partners in crime is mounting.  If Jeffrey Epstein is put behind bars that will be a step in the right direction, but it will not nearly be enough.  At this point it is exceedingly clear to everyone in America that many of Epstein’s famous friends also regularly had sex with underage girls, and they must be held accountable.  In my most recent book I talked about how fundamentally broken our current legal system is, but if federal prosecutors are able to nail Epstein and all of his elite friends that were involved in these sex crimes, I might have to reconsider my position.

However, at this point I am not holding my breath.

Let me try to explain why.  As I have already discussed in this series, one of Epstein’s closest friends during the heyday of “the Lolita Express” was Bill Clinton.  And it turns out that the federal judge that will be presiding over Epstein’s case was appointed to his position by Clinton in 1998…

Richard Berman was appointed by Bill Clinton in 1998. He presided over Dinesh D’Souza’s case where D’Souza was convicted of re-imbursing friends to evade campaign contribution limits in a New York election.

Meanwhile, disgraced former FBI director James Comey’s daughter Maurene is one of the prosecutors in the case.

So will Berman recuse himself?

He should, but I doubt that it will actually happen.

Also, the fact that James Comey’s daughter is one of the prosecutors is a major red flag.  I have a gnawing suspicion that something is up, and hopefully I am wrong.

On today’s live broadcast Will Johnson is joined by Ben Garrison and Paul Joseph Watson who deliver an unforgettable show, that you won’t want to miss. Tune in now.

But on a positive note, it was encouraging to see prosecutors call for anyone that has “information about Epstein’s conduct to come forward”…

U.S. prosecutors on Monday encouraged anyone with information about Epstein’s conduct to come forward, not just potential victims. To the socialites, celebrities and politicians who attended lavish parties at Epstein’s homes in Manhattan or Palm Beach in the early 2000s or hitched rides on his private jet nicknamed the “Lolita Express” by the tabloids the request carried a clear message: Come talk to us before we seek you out.

Several of Mr. Epstein’s accusers said they were relieved that authorities seemed to be taking their complaints seriously after many years.

Nailing Epstein should be pretty easy, and things got even easier for prosecutors after a “treasure trove” of photographic evidence was found during a raid on Epstein’s New York home.

The tricky part will be nailing Epstein’s famous friends.  In the old days he regularly partied with some of the biggest names in America, and going after them will not be easy.

But it must be done, because the reputation of our entire nation is at stake.  If the rich and famous can sexually abuse underage girls for years and get away with it, how are any of us supposed to have faith in the system?

According to Miami Herald reporter Julie Brown, Epstein and his dirty friends liked to prey on young girls that were as vulnerable as possible…

In a November investigation led by Miami Herald reporter Julie Brown, about 80 victims were identified as having been abused by Epstein from 2001 to 2006. The Herald spoke with eight of the accusers. It found:

Most of the girls came from disadvantaged families, single-parent homes or foster care. Some had experienced troubles that belied their ages: They had parents and friends who committed suicide; mothers abused by husbands and boyfriends; fathers who molested and beat them. One girl had watched her stepfather strangle her 8-year-old stepbrother, according to court records obtained by the Herald. Many of the girls were one step away from homelessness.

Whoever was involved in sexually abusing these vulnerable young girls needs to go to prison.  And if it was up to me, their punishment would be a lot worse than that.

Many people out there seem to be convinced that there is no way that these sexual predators will get away this time.  Personally, I am not so sure.  They have the money to hire the best lawyers in the entire country, and we can already see evidence that an effort is being made to protect certain individuals.  For example, a Wikipedia entry for Jeffrey Epstein was suspiciously altered on Sunday…

The edit was made one day before Bill Clinton denied flying on the jet so often, and instead, said he only flew on it four times.

We shall see how this drama plays out in the months ahead, but anything short of putting all these perverts in prison is going to be a defeat.

The sick and evil behavior of the elite is finally being revealed for all the world to see, and the things that we will learn as more evidence comes out will likely shock all of us.  As Michelle Goldberg has aptly noted, we are about to discover “how rotten our rulers really are”…

In a detention memo submitted on Monday, federal prosecutors outlined some of the evidence seized from a search of Epstein’s house on Saturday night. It included hundreds — possibly thousands — of sexually suggestive photographs of girls who appear underage, as well as hand-labeled compact discs with titles like “Girl pics nude,” and, with the names redacted, “Young [Name] + [Name].”

It seems, at first, astonishingly reckless for Epstein not just to allegedly keep such material, but to keep it in Manhattan, instead of, say, on his private Caribbean island. Maybe, however, it’s simply a sign of how protected he felt. “In my mind there has always been this huge question mark: What is Jeffrey Epstein’s leverage?” Ward said. If we find out, we’ll know just how rotten our rulers really are.

I would really like to believe that all of the bad guys are going to go to prison, but I have seen our legal system fail so many times before.

Perhaps that is the case that will finally turn things around.

Perhaps we will finally see some of the biggest names in America brought to justice.

The whole world is watching, and we cannot afford to get this one wrong.