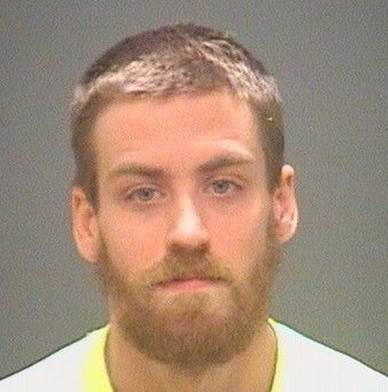 An Ohio man was arrested after posting death threats against Donald Trump on Twitter and threatening to bomb polling stations following the president elect’s victory.

Zachary Benson, 24, now faces five years in prison after a series of post-election tweets in which he stated an intent “to assassinate Trump.”

“Diplomacy. Fucking Fools. I hate you all. I want to bomb every one of your voting booths and your general areas,” Benson Tweeted the Wednesday after the election under the handle @ZeeAyeKeyKay.

Secret Service picked Benson up later that day for questioning.

Although he was “very apologetic,” Benson admitted to Secret Service Agents “to making the threatening Twitter posts,” according to court documents obtained by Infowars.

A criminal complaint submitted by the arresting Secret Service agent explains that Benson “did knowingly and willfully make a direct threat to take the life of or inflict bodily harm to a current candidate for the office of the President of the United States and eventual President-elect Donald Trump”:

“Benson said he was at a local restaurant on Tuesday, November 8th, 2016 with his father and his friend… They had a couple of drinks and food before going home. Benson was in his room later in the evening watching the election returns when he decided to post the threatening statements. Benson said he never had any intentions behind any of the posts and was just frustrated thinking about how President-elect Trump’s policies could affect Benson’s job. Benson said he knew he ‘went too far’ with the posts and upon waking up in the morning; he immediately deleted the posts from his account. Benson insisted he never intended harm to anyone and would not want anything to happen to Trump or the general public despite his threat about bombing ‘general areas.’”

NBC News reports Benson is being held on a $20,000 unsecured bond at the US District Court in Cleveland. He will face a grand jury trial, although no court date has yet been set.

Read the Secret Service agent’s criminal complaint against Benson below: