British Constitution Group Chairman Roger Hayes was arrested by police yesterday morning in scenes “reminiscent of Stasi East Germany,” before being tried in secret and sentenced to prison over Hayes’ refusal to pay state taxes.

Concerned supporters called Merseyside Police in an effort to get information on Hayes’ arrest.

Hayes has become the figurehead for a Tea Party-style movement in the United Kingdom. A former member of UKIP, Hayes has refused to pay council tax and other state taxes, both as a protest against the government’s use of the money to fund the expansion of the EU and as a result of Hayes clearly proving that council tax is illegal.

Last year, members of the “lawful rebellion” movement staged a dramatic attempt to arrest Judge Michael Peake at Birkenhead County Court during a ruling on Hayes’ case. The British government later ordered You Tube to remove videos of the incident from the Internet.

Four officers in two police cars arrived to arrest Hayes at his Wirral home yesterday morning at 8:30am.

“The first his family heard of him was at 18:30 this evening via a telephone call from a Warder in Liverpool prison, to say that Roger had been tried and sentenced to prison,” reports the UK Column.

“At no time were the family or any other members of the public informed of his arrest, and it is understood that he was tried in a secret court without a Jury.”

Hayes’ arrest and secret trial represents a new intensity in the British government’s efforts to stop a tax revolt spreading across the country in light of yet more financial scandals with the news that Barclays Bank was responsible for an interest rigging scandal to manipulate the Libor rate between 2005 and 2009.

Britain was rocked by a tax revolt which led to riots and the eventual abolition of the highly unpopular poll tax in 1990.

In a statement carried on the Lawful Rebellion website, Common Law is cited as a means through which lawful rebellion will be conducted to address “political treason and criminality being imposed on the law-abiding people of the British Isles.”

“It is clear, beyond all reasonable doubt and with evidence that would stand up in any properly-conducted court of law, that an influential network of rogue British politicians across the parties is unlawfully involved in carrying out the hidden strategies and agendas of a centuries-old, secretive and criminal global elite who are seeking the imposition of unlawful global governance on the unsuspecting peoples of the world. Known broadly by researchers as the New World Order (NWO) – though some refer to them as the Illuminati or Zionists (please note that this does not mean Judaism) – the modus operandi of these powerful traitors and criminals is now clear for all to see,” reads the statement.

The group lists the Committee of 300, the Bilderberg Group, the Trilateral Commission, the Council on Foreign Relations, and the Club of Rome as just some of the organizations who control “Subservient and compartmentalised national networks of influential politicians, industrialists, campaigning groups, charities and key individuals in trusted positions.”

The British Constitution Group and the movement of “lawful rebellion” is strongly supported by Brian Gerrish, a former Royal Navy Lieutenant Commander who publishes the UK Column newspaper, which documents how Britain is being destroyed by globalist interests as well as the insidious “Common Purpose” organization which has infiltrated every level of British society.

“Roger’s family is shocked both at his arrest, and at the realisation that Britain is now sliding into a police state, where husbands, fathers and other good people can be lifted off the streets and imprisoned. There is now no doubt that Britain is further under the control of domestic terrorists in Westminster,” reports the UK Column. 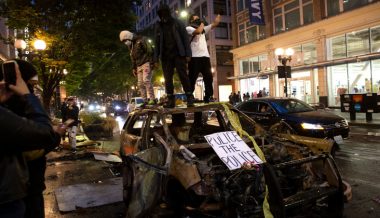