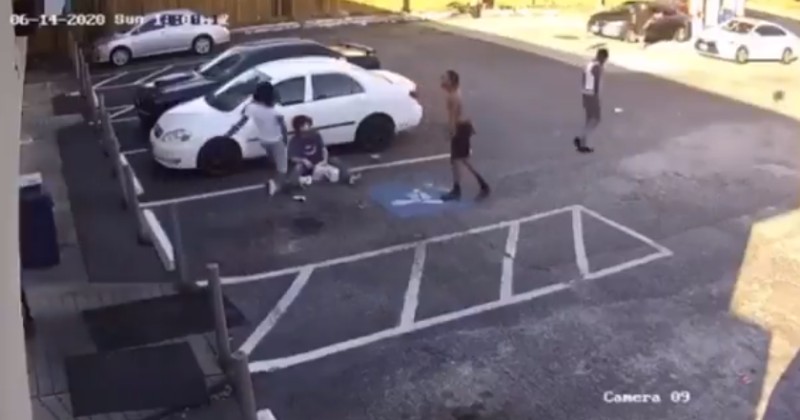 A man viciously beaten by a gang of young black men in Spring, Texas claimed one of them shouted “black lives matter” after kicking him in the face.

The 24-year-old man claims the gang of six black men confronted him inside the store after he told them, “There’s a line for a reason” when they tried to cut in.

The gang then waited for the man to leave the store before brutally assaulting him with numerous punches and kicks to the head.

RAW VIDEO: Man brutally attacked outside gas station in Spring, Texas; victim says after the group tried to cut him in line, he was jumped as he left the store.

The footage shows another black man wearing a white t-shirt then walk up to the victim and boot him in the face.

“I don’t know what else I could do,” he told KTRK-TV. “The fifth one at the end came out of the store after purchasing goods, and came up to me and kicked me in the face and said, Black Lives Matter.”

However, the victim’s girlfriend tried to downplay any racial motivation behind the attack.

“I really hope they’re caught before someone else gets hurt,” she said. “I hope that the people take this and don’t say, ‘It’s white against black.’ I don’t want this to be the statement. I want it to be, here’s a man who was checking out and stood up for himself and he was targeted for that.'”

The Harris County Sheriff’s Office is still looking for the culprits and released the images below in an effort to enlist the public’s help. 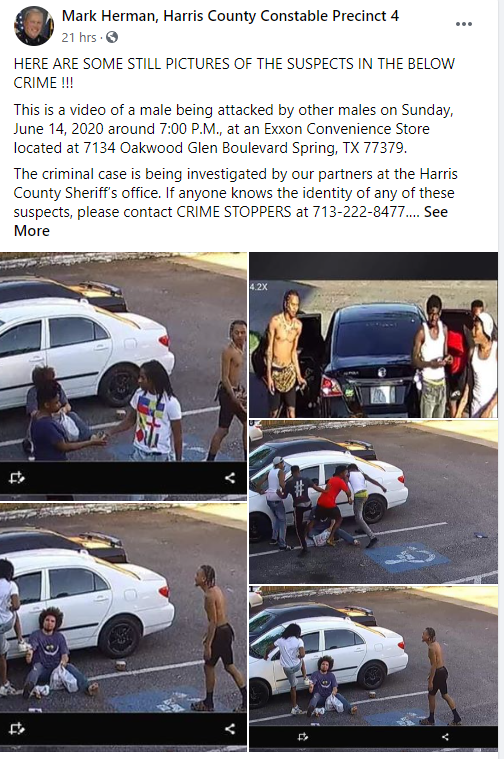