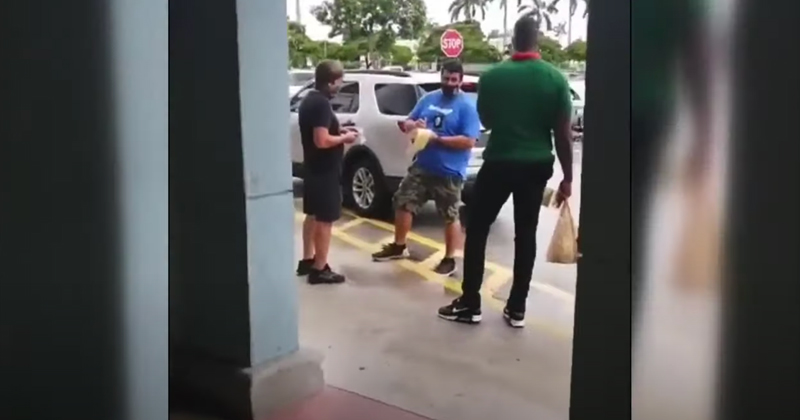 A man was cited outside a Florida supermarket after undercover plainclothes officers busted him for wearing his face mask incorrectly.

The incident happened this week outside a Publix in North Miami Beach.

The man, Dean Gonzalez, who was wearing a mask when he was confronted by police, insists he wasn’t trying to violate mask orders and argues he was entrapped.

According to Gonzalez, he was speaking with officers when the mask moved beneath his nose.

“That was enough for the officer to threaten Gonzalez with arrest,” reports Local10.

In cell phone footage taken by Gonzalez documenting the incident, a masked man displaying a badge tells Gonzalez he can either receive a citation or go to jail.

Gonzalez was taken aback by the citation and criticized officers’ overzealous enforcement.

“Use a little more common sense than ticketing people with masks on their actual face. Why don’t you go after people who have no mask?” he said.

On Wednesday, Miami-Dade county increased penalties for mask violations, with first and second time offenders being fined $100 instead of $50, and third time violators facing $500 fines. The county’s mask order does not, however, state a requirement that masks must be worn over a person’s mouth and nose.

That’s nothing compared to Glendale, California, where first time offenders face fines of $400, $1,000 for a second offense, and a whopping $2,000 for a third violation.