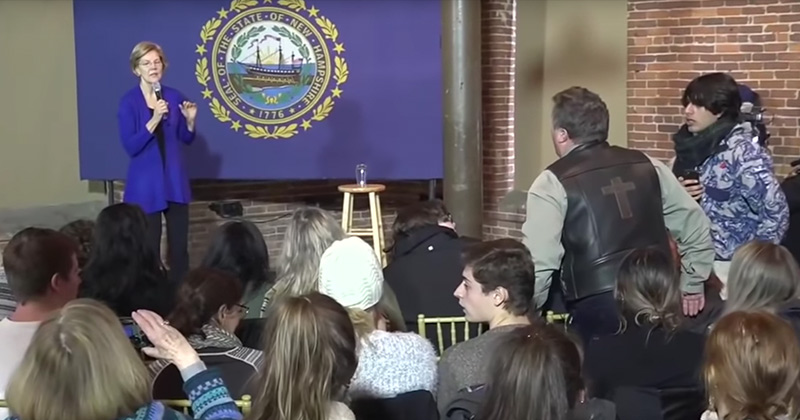 During a Town Hall event in Dover, New Hampshire on Friday, Democratic presidential candidate Elizabeth Warren was confronted by an irate Trump supporter who called her out for “siding with ISIS” and “siding with Iran.”

“You’re a fraud! Disgusting! Green New Deal, you’re a liar!” exclaimed the man who was greeted with boos from Warren supporters.

Attempting to calm down the crowd, Warren said, “This is a man who’s deeply upset,” and told him, “It’s time for you to leave.”

“I help rape victims, and you’re lying,” he screamed back.

While Warren holds rallies with fewer people in attendance than a local high school sporting event, feast your eyes on the turnout at Trump’s latest rally in the videos below:

360 from back of stage around 5:30 pm for President Trump rally at Huntington Center, Toledo, Ohio. pic.twitter.com/Ijyx6xfWTx