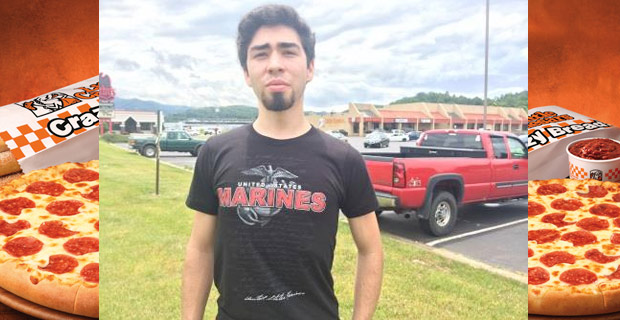 An employee at a Little Caesars pizza store in Tennessee says his manager fired him after he wore a special shirt commemorating America’s veterans on Memorial Day.

Joey Schell, an 18-year-old who aspires to be a marine one day, says he was written up and told to leave the store after he wore a shirt emblazoned with the words “United States Marines” on Monday.

Once management learned of the situation, Schell says he was told he would be terminated if he left the building.

“I decided to wear a U.S. Marines shirt to work, because usually on holidays we’re allowed to dress up,” Schell said. “It’s one of the holidays I’m most passionate about, because I’m planning to become a Marine. I was trying to say Memorial Day matters to me.”

Despite it being against policy, the part-time employee says he didn’t think the store would have a problem with his attire due to lax dress code policies on previous holidays.

“We had a manager dress up as a deer one year for Halloween,” he said. “Like a doe. She had antlers, face paint last Halloween. We had another girl dress up as a black cat. On St. Patrick’s Day people changed their hats.”

The store manager that day, however, told him he would be written up, and would have to go home and change his shirt, which would cost him his job.

“I told her I would take the write up and I would go home for this,” Schell said.

“(They said) if I leave that counts as me being terminated from the store.”

Schell says he walked out of the store because he felt it was being disrespectful to those who serve in the armed forces.

“I said, ‘To me this is important to stand up for and I will go home,” he said.

The store maintains Schell violated policy, but that it never moved to fire the employee.

“The employee arrived at work wearing attire that does not comply with the written uniform policy,” the spokesperson said. “The employee was asked to change into the approved uniform. He refused, and then walked off the job during his shift.”

Noting that the company was founded by a former marine, the store went on to reiterate their commitment to veterans:

“Little Caesars was founded by a Marine and supports the military in a variety of meaningful ways, including a Veterans store ownership program,” she said. “The franchise partners at this location are military veterans, who support all members of uniformed services and have been good citizens in their communities.”

The high school student admits he violated dress code, but says he would do it a second time if given the opportunity. 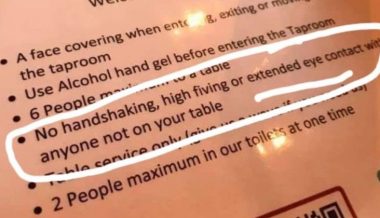 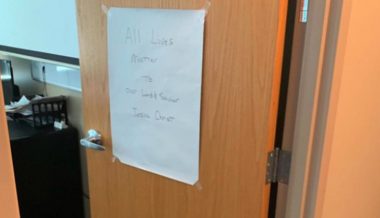