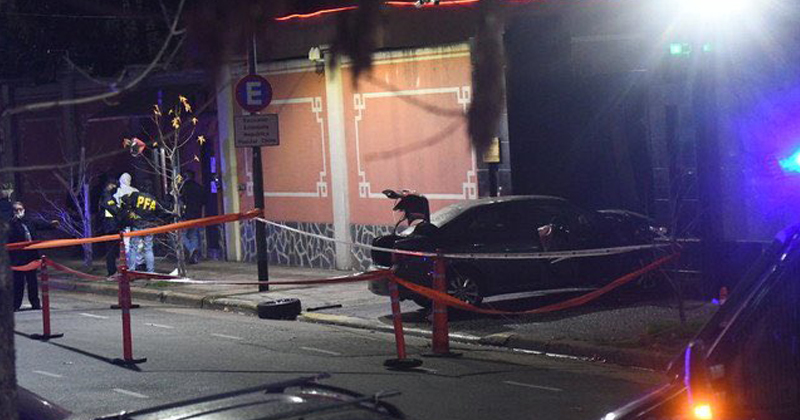 A man has deliberately crashed his car into the Chinese Embassy in Buenos Aires, reportedly claiming to have a bomb on board in a bizarre bid to obtain political asylum.

The man, identified by police as Gaston Sanda, 24, drove his vehicle into the front gate of the embassy late on Monday night, damaging both the car and the entrance to the facility, according to local media. The aftermath of the crash, which left nobody injured, appeared in photos circulated online.


Sanda, who is believed to be mentally ill, allegedly told witnesses at the scene he had an explosive in the car after the attempted ramming, but a police bomb squad discovered no such devices inside.

In a video posted to social media earlier on Monday, Sanda said he knew “the truth” about the coronavirus, alleging the CIA had a hand in the pandemic and that he needed “help from the Chinese Embassy,” apparently looking for political asylum. Little else is yet known about his motivations.

The embassy has confirmed the incident, which it said took place around 8pm local time, noting that the building’s gate was indeed damaged, but that none of its personnel were injured. “Our Embassy appreciates the prompt response from the security forces and trusts the clarification of the episode by the Argentine authorities,” the embassy said in a statement to the press.

Though the Chinese ambassador to Argentina was not at the facility at the time of the crash, police are reportedly treating the incident as a potential terrorist attack.