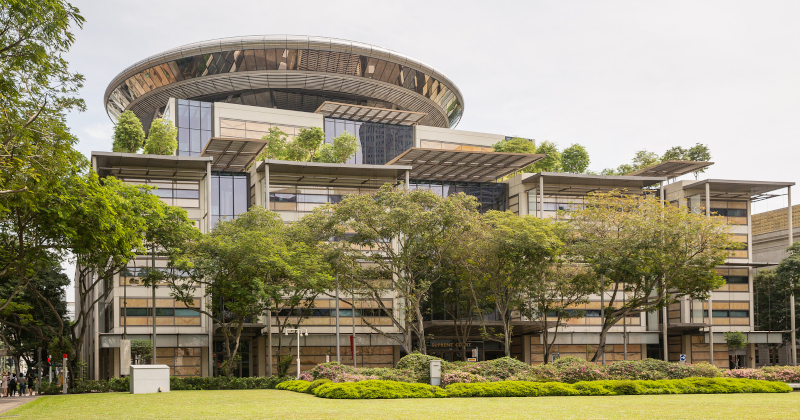 Singapore has always been known for its strict and exacting justice system — recall for example the headline grabbing story from the mid-90’s of 19-year-old American Michael P. Fay who was sentenced to caning for theft and vandalism — but this week sets another unheard of precedent.

A man has been issued a death sentence for his role in a drug deal, but the Singapore judged delivered the capital punishment verdict remotely via Zoom video call in a scenario that sounds straight out of the Black Mirror.

“Punithan Genasan, a 37-year-old Malaysian, was told on Friday he would be hanged for masterminding a 2011 heroin transaction, court documents showed, as the country was under lockdown to try and curb its coronavirus outbreak,” Reuters reports.

Other reports detailed that he allegedly facilitated the sale of 28.5 kilograms of heroin — a large drug deal by any measure, however very few countries in the world would consider it a capital offense.

Singapore’s Supreme Court, which handed down the capital punishment, cited “safety” amid the COVID-19 pandemic as justification for the unusual proceedings.

“For the safety of all involved in the proceedings, the hearing for Public Prosecutor v Punithan A/L Genasan was conducted by video-conferencing,” a court spokesperson said in a first for the southeast Asian city-state.

Earlier this month Nigeria actually became the first country to hand down a death sentence via remote hearing. In the Singapore case, Genasan’s lawyer said the defendant didn’t object to the pronouncement being delivered by teleconference call.

Singapore’s courts have controversially issued death sentences for hundreds of drug offenses over the past decades as part of an ultra-harsh ‘zero tolerance’ legal system. This has included dozens of foreigners.

The country has also established a reputation for not bending when external governments attempt to get their citizens repatriated.

Human Rights Watch condemned the latest death penalty via Zoom: “Singapore’s use of the death penalty is inherently cruel and inhumane, and the use of remote technology like Zoom to sentence a man to death makes it even more so,” HRW deputy director for Asia, Phil Robertson, said.

California-based tech company Zoom, which has exploded in both popularity and controversy across the globe since the pandemic lockdowns across the West took effect, didn’t have comment on the Singapore case, Reuters noted.