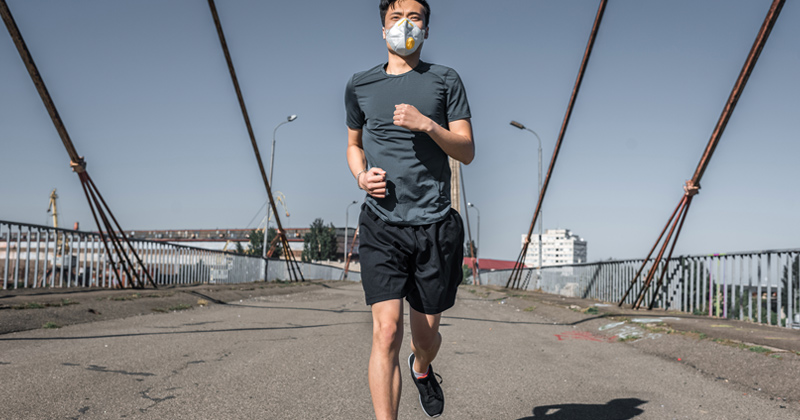 A man in China was hospitalized earlier this month after he suffered a collapsed lung due to jogging while wearing a face mask.

The man, known as Zhang Ping, 26, who lives in Hankou, at first ignored the difficulty he was having breathing and continued to run, encouraged by other runners he also saw wearing masks.

However, after running another 500 meters on May 7, Zhang required hospitalization following severe respiratory and chest issues.

“In the hospital, after related examinations, Zhang Ping was diagnosed with spontaneous pneumothorax, the left lung was severely compressed by 90%, and the heart was pushed to the right,” reads a report from the Wuhan Central Hospital.

The issue could have been life threatening had Zhang, described as “a thin and tall guy,” not sought immediate medical attention.

“At the same time, due to insufficient oxygen intake, it will increase the burden on the heart and lungs. Cardiopulmonary injury may cause serious risk of sudden death,” Dr. Chen warned.

“Therefore, citizens are advised not to exercise vigorously while wearing masks,” the doctor advised.

Just last month, Infowars covered the story of a New Jersey motorist who crashed into a telephone pole after passing out due to wearing an N95 respirator while driving.

“The driver, who remains unidentified, wore the mask for several hours before the incident and had been breathing in too much carbon dioxide and not enough oxygen, according to a Lincoln Park Police statement on Facebook,” we wrote at the time.