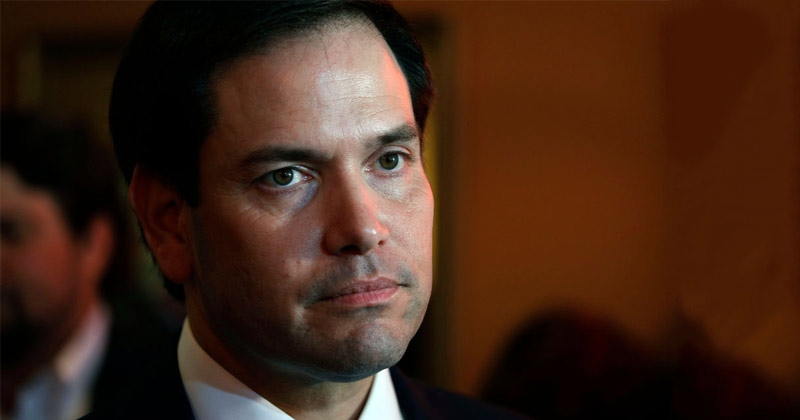 “You go online, and there’s one group that’s saying that ‘Hillary Clinton murdered him,’ and there’s another group saying, ‘No, [President Donald] Trump had him murdered.’ That’s how insane some of this stuff has gotten,” [Rubio said at the the Forum Club of the Palm Beaches on Wednesday].

People ought to be willing to accept the obvious explanation, Rubio said: Epstein was a “sicko.”

“It is important to question authority and ask questions and make sure that we’re getting the full story,” he said. “But I also think it’s important not to jump on every conspiracy you read or hear. … A lot of times if something sounds too crazy, it might be.”

No doubt it’s just a coincidence Rubio failed to mention the most plausible “conspiracy theory” everyone who has looked at the evidence suspects — that Epstein was a blackmail agent for the Mossad.

"Prominent Republicans" are theorizing that Jeffrey Epstein was an Israeli intelligence agent, according to a report from Vanity Fair. https://t.co/2o6PcVw9zY

No one is questioning whether or not Epstein is a “sicko.”

We’re questioning why the former Prime Minister of Israel and the head of Israeli Military Intelligence, Ehud Barak, reportedly visited his apartments repeatedly and entered into a “partnership worth millions” with Epstein in 2015.

We’re wondering whether there’s a Mossad connection because Epstein’s alleged madam/handler, Ghislaine Maxwell, is the daughter of alleged Mossad agent Robert Maxwell, who has been dubbed “Israel’s Superspy.”

It’s sad (and frightening) to see so many Americans on both sides of partisan unwittingly helping them.

Putin has weaponized our polarization.