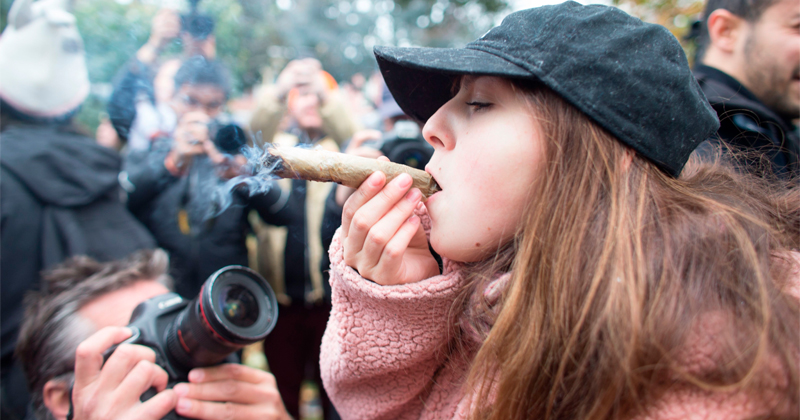 Use marijuana while pregnant, and your child is more likely to suffer sleep problems as much as a decade later, according to a new University of Colorado Boulder study of nearly 12,000 youth.

Published in Sleep Health: The Journal of The National Sleep Foundation, the paper is the latest to link prenatal cannabis use to developmental problems in children and the first to suggest it may impact sleep cycles long-term.

It comes at a time when – while the number of pregnant women drinking alcohol and smoking cigarettes has declined in the United States – It has risen to 7% of all pregnant women as legalization spreads and more dispensaries recommend it for morning sickness.

“As a society, it took us a while to understand that smoking and drinking alcohol are not advisable during pregnancy, but it is now seen as common sense,” said senior author John Hewitt, director of the Institute for Behavioral Genetics at CU Boulder. “Studies like this suggest that it is prudent to extend that common sense advice to cannabis, even if use is now legal.”

For the study, Hewitt and lead author Evan Winiger analyzed baseline data from the landmark Adolescent Brain and Cognitive Development (ABCD) study, which is following 11,875 youth from age 9 or 10 into early adulthood.

As part of an exhaustive questionnaire upon intake, participants’ mothers were asked if they had ever used marijuana while pregnant and how frequently. (The study did not assess whether they used edibles or smoked pot). The mothers were also asked to fill out a survey regarding their child’s sleep patterns, assessing 26 different items ranging from how easily they fell asleep and how long they slept to whether they snored or woke up frequently in the night and how sleepy they were during the day.

About 700 moms reported using marijuana while pregnant. Of those, 184 used it daily and 262 used twice or more daily.

After controlling for a host of other factors, including the mother’s education, parent marital status and family income and race, a clear pattern emerged.

“Mothers who said they had used cannabis while pregnant were significantly more likely to report their children having clinical sleep problems,” said Winiger, a graduate student in the Department of Psychology and Neuroscience.

Those who used marijuana frequently were more likely to report somnolence symptoms (symptoms of excess sleepiness) in their children, such as trouble waking in the morning and being excessively tired during the day.

The authors note that, while their sample size is large, the study has some limitations.

“We are asking mothers to remember if they smoked marijuana 10 years ago and to admit to a behavior that is frowned upon,” said Winiger, suggesting actual rates of prenatal use may have been higher.

While the study doesn’t prove that using cannabis while pregnant causes sleep problems, it builds on a small but growing body of evidence pointing to a link.

For instance, one small study found that children who had been exposed to marijuana in-utero woke up more in the night and had lower sleep quality at age 3. Another found that prenatal cannabis use impacted sleep in infancy.

And, in other previous work, Hewitt, Winiger and colleagues found that teenagers who frequently smoked marijuana were more likely to develop insomnia in adulthood.

The fetal brain on THC

Researchers aren’t sure exactly how cannabis exposure during vulnerable developmental times might shape future sleep. But studies in animals suggest that THC and other so-called cannabinoids, the active ingredients in pot, attach to CB1 receptors in the developing brain, influencing regions that regulate sleep. The ABCD study, which is taking frequent brain scans of participants as they age, should provide more answers, they said.

Meantime, mothers-to-be should be wary of dispensaries billing weed as an antidote for morning sickness. According to CU research, about 70% of Colorado dispensaries recommend it for that use. But mounting evidence points to potential harms, including low birth weight and later cognitive problems. With marijuana on the market today including far higher THC levels than it did a decade ago, its impacts on the fetal brain are likely more profound than they once were.

“This study is one more example of why pregnant women are advised to avoid substance use, including cannabis,” said Hewitt. “For their children, it could have long-term consequences.”