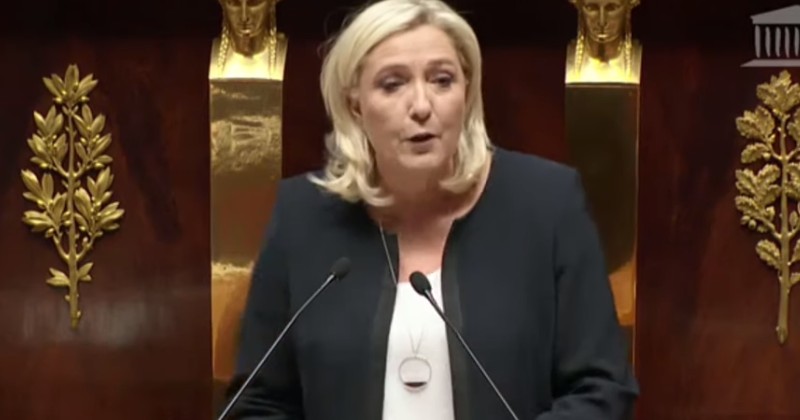 Marine Le Pen has called for a national referendum in order to stop what she called the “submersion” of France via a “globalist” program of mass immigration.

Speaking during a debate on the issue in the French Parliament, the leader of the National Rally political party scorched the political establishment for overseeing the dilution of French identity at the expense of ordinary people.

Le Pen said the last 30 years of immigration laws were designed to ineffective and resulted in “nothing more than political grandstanding.”

“Our country is experiencing a veritable submersion, yes a submersion, I dare to use that term, because it describes the reality of the unbroken wave that is crashing upon our cities, our towns, and now, because of your irresponsible policy of placing migrants in the rural areas, even the smallest villages,” said Le Pen.

She slammed establishment politicians for trying to make discussion of immigration taboo and demonizing dissidents even as a giant demographic displacement of people was taking place and accused them of “treason” for failing to “defend their people.”

“But above all, without ever consulting the people, they organized the streams of legal migration and tolerated illegal immigration,” she added, saying this was driven by “the globalist ideology that guides them inexorably.”

Le Pen also accused globalists of reducing man to his “economic dimension, as a producer and consumer, an interchangeable man, with no identity or cultural reference points, nothing but a cog in the wheel of global commerce.”

“The torrent of migration is destroying our welfare system, is making the entire penal system explode and is undermining the unity of the nation,” she added.

Slamming President Macron for exacerbating the problem, Le Pen dismissed the “debate” as a pointless “rehearsal for a high school play,” calling for a national referendum on stopping mass immigration.

Le Pen was heckled throughout the speech by pro-mass immigration politicians, but her words were absolute fire.