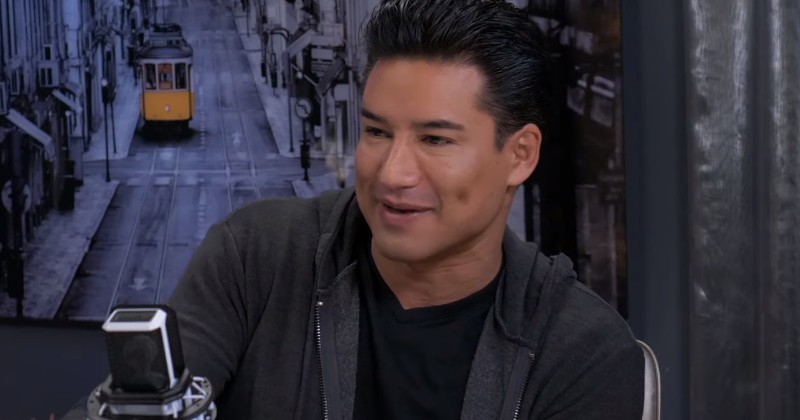 Mario Lopez is facing the axe from his Access Hollywood hosting gig before it’s even begun because he said transgenderism shouldn’t be imposed on 3-year-old children.

Lopez courted controversy for expressing the completely reasonable belief that infant children shouldn’t be given the responsibility of making life changing decisions for themselves.

“If you’re 3 years old and you’re saying you’re feeling a certain way or you think you’re a boy or a girl or whatever the case may be, I just think it’s dangerous as a parent to make this determination then, well, OK, then you’re going to a boy or a girl, whatever the case may be … It’s sort of alarming and my gosh, I just think about the repercussions later on,” Lopez told Candace Owens.

For airing this thought crime, Lopez was hounded by the outrage mob, who claimed he was encouraging the bullying and self-harm of transgender children, before being forced into an awkward apology.

Evidently it's now *scandalous* to say that a child probably shouldn't be making their own life-altering decisions at 3 years old.
🤦‍♂️
Mario Lopez and Candace Owens discuss.@MarioLopezExtra @RealCandaceO pic.twitter.com/2Wdc79SrjW

Now he faces losing his Access Hollywood hosting job before it’s even begun.

“The execs at NBC held an emergency meeting yesterday to discuss Mario’s future with the show because they do not see how they can just let this fly,” a source told RadarOnline.

“His apology really meant nothing at all,” the insider added. “All it does is solidify that he was aware that his comments were transphobic and hurtful.”

The source said that Lopez’s words would be used to “make an example out of him” and that “there is no way” he can “recover.”

This entire farce once again underscores the futility of apologizing.

After he said sorry, Lopez’s detractors immediately asserted that it was not enough.

Never given in to the mob. It only emboldens the bullies further. https://t.co/B1c5xOeeAU

When you apologize to a mob of bullies, it only encourages them more and nothing will satiate their desire for vengeance other than the total destruction of someone’s reputation and career.

Lopez should have kept quiet and waited for the controversy to pass. The apology was stupid. He may have lost his job anyway, but at least he would have kept his dignity.