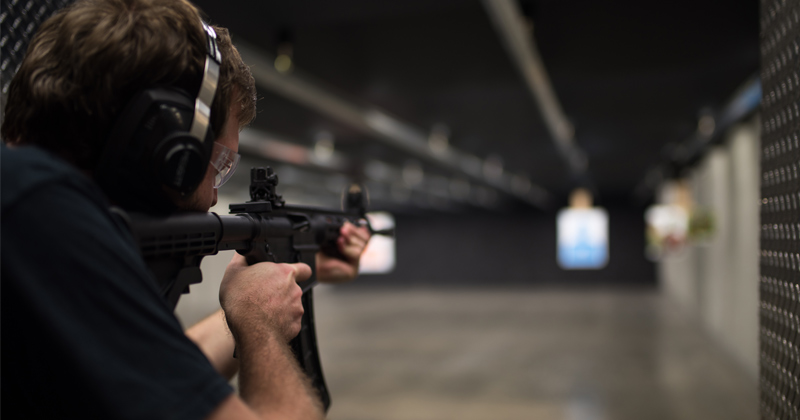 For the first time in nearly two decades, Democrats have taken control of Virginia state politics by a slim margin: the party took 21 senate seats and 53 house seats, while the Republicans netted 19 and 43, respectively.

Virginia has a population of roughly 8 million, and just over 5.5 million of them are registered to vote. Of the latter, only 40 percent cast a ballot in the contentious 2019 election. In spite of the clearly narrow official victory and the millions who silently withheld their assent, the Democratic elected officials think that the contest is over and the debate closed—and the Washington Post even declared that “The Confederacy in Virginia is dead.” Those who’ve wrested the power are on a single-minded campaign to remake Virginia in their image of civility and “common sense,” and a slew of gun-control bills are currently being heard by the Senate Judiciary Committee.

Even the enormous turnout at the Virginia Citizens’ Defense League’s (VCDL) most recent Lobby Day did not faze Virginia’s new rulers. They’ve conquered, and they remain dead set on pushing their oppressive agenda through in spite of the evident division and vociferous opposition within the local population.

But the truth is that Virginians’ natural right to self-defense, in particular with the aid of firearms, has been threatened for years now. Every legislative session feels dire. Several antigun bills are typically introduced, and the VCDL puts up as good a fight as it can. It tracks all the insane legislation proposed, files lawsuits, and urges its members to beg elected officials to be reasonable via email and strong attendance at committee meetings.

Most recently, Governor Northam surreptitiously waited until the last moment to declare a state of emergency, allowing him to override subjects’ right to bear arms on the capitol grounds, where the VCDL has been assembling for its Lobby Day rally for years. Though the VCDL immediately called for an injunction against the gun ban, it was promptly denied, and thousands ended up taking one for the team, entering the governor’s dangerous corral unarmed and vulnerable to assault. Groveling is ultimately the only approved option that the state’s subjects have.

Regularly faced with the imminent threat of gun restrictions, people are nonetheless regularly purchasing arms, ammunition, and magazines. And manufacturers struggle to keep the items in stock. But in particular they struggle to keep enough of what are known as “80 percent lower receivers” in their inventory. Demand is so high it can take several weeks just for an order to ship.

The firearms industry came up with “80 percent lowers” as a temporary workaround to provide eager customers with firearms (especially AR- and AK-platform rifles) in an age of increasing gun control. The ATF arbitrarily defines completed lower receivers (which have been fully milled out to accommodate the trigger and hammer of a firearm) as “firearms,” requiring a serial number stamp and a background check to obtain.

So, some years ago, the firearms industry started selling 80 percent lowers, or blanks. These are not defined as firearms and fall outside the scope of ATF regulation (for now). These lowers—essentially pieces of polymer (or aluminum) with just the magazine opening hollowed out—ship right to your door with no background check. With a drill press and a jig (to guide the drilling), customers can turn them into fully functional lower receivers and build unmarked, untraceable firearms.

Of course, there are already major caveats: some states, such as New York, have ordered such manufacturers to cease and desist sales under threat of fines (backed by violence for resisters), and the firearm must still be built according to local restrictions. Builders are also prohibited from transferring the firearm (unless they obtain a federal firearms license and mark the firearms), and it is exclusively for personal use.

Nevertheless, unfinished lowers still allow people to build a firearm of some kind, even in some of the most restrictive states. The ingenuity and flexibility of the market is simply incredible. In spite of all kinds of restrictions and red tape, consumer demand for firearms remains high, and the industry has found a way to meet that demand—at least until the ATF decides to arbitrarily redefine firearms.

So, the market still has options for Virginians who want firearms and particularly semiautomatic long guns even if gun control passes. And let’s not forget that many arms manufacturers do make different versions of the same model so that people in as many different states as possible can remain customers and defend themselves.

Homemade Guns Are Not Optimal for Many

But in spite of these positives, the question remains: we have all the factors and knowledge to produce quality firearms quickly and disseminate them widely, so why must we all become something of a gunsmith? Why must customers revert to primitive, laborious home techniques to mill a receiver that will never look as nice as a factory-made one, and that is sometimes of lesser quality? Why must they devote time to producing something themselves that several groups of people (such as Ruger) can do better?

Of course it’s fun to build a firearm and customize it with special sights, triggers, muzzle attachments, stocks/“arm braces,” and more. But if firearms were more freely available and not subject to government tracking and seizure, it seems likely that some percentage of customers (this one, for example) would simply purchase a decent rifle and finetune it instead of building it—relatively speaking—from scratch.

Government restrictions on guns and, for that matter, other items for which there is persistent consumer demand, simply add artificial barriers to the market that raise costs and add steps to the production process other than those that would arise in a natural, free market. In the case of firearms, the state’s restrictions seem to be encouraging a slow but budding breakdown in the division of labor by pushing people to build their own rifles and handguns to escape the state’s increasingly oppressive edicts.

It’s wonderful that the semi-free market provides options, but one can only imagine the low costs and the amazing new firearm technology that the firearms industry would be freed up to realize if it weren’t busied with circumventing useless, tyrannical government legislation.

Rob Dew talks with a couple of helicopter pilots & takes a quick flight across Austin to discuss the crash that killed NBA legend Kobe Bryant.