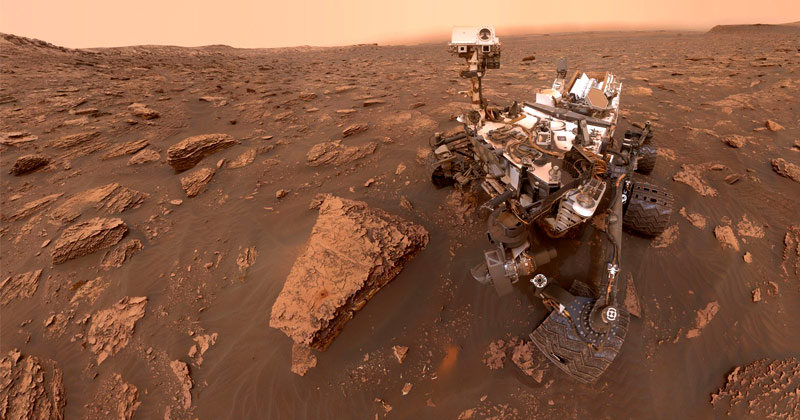 The mysterious cause for an “unusually high” spike in methane on Mars is baffling scientists, with some even asking if the source is biological.

A recent study suggests that wind erosion is an “unlikely mechanism” to produce the relatively high levels of methane detected by the Curiosity rover and by other methods of observation.

“The questions are: where is this methane coming from, and is the source biological?” said principal investigator Dr. Jon Telling. “That’s a massive question and to get to the answer we need to rule out lots of other factors first.”

The wind erosion theory, which proposed that the wind was releasing gases trapped within rocks, was one of the first factors that has been ruled out with the study because recent sand dune activity didn’t correlate with the methane concentrations.

“What’s important about this is that it strengthens the argument that the methane must be coming from a different source,” he added. “Whether or not that’s biological, we still don’t know.”

Scientists have previously suggested that methane in the thin Martian atmosphere would only last “a few centuries” due to exposure to UV radiation and other chemical processes, meaning that an “active source” is replenishing the methane.

“Nearly 95% of all the methane in the Earth’s atmosphere originated from current and past biology,” said planetary scientist Sushil Atreya. “So, it is natural to ask whether methane on Mars is also of biologic origin.”

That said, the methane could still be explained by ongoing geological activity rather than a biological source, such as a reaction between olivine rocks and water which is known to release methane gas on Earth.

But even if the methane isn’t from a biological source, another planetary scientist suggested its presence may make Mars more habitable for future humans because the gas can be used for energy.