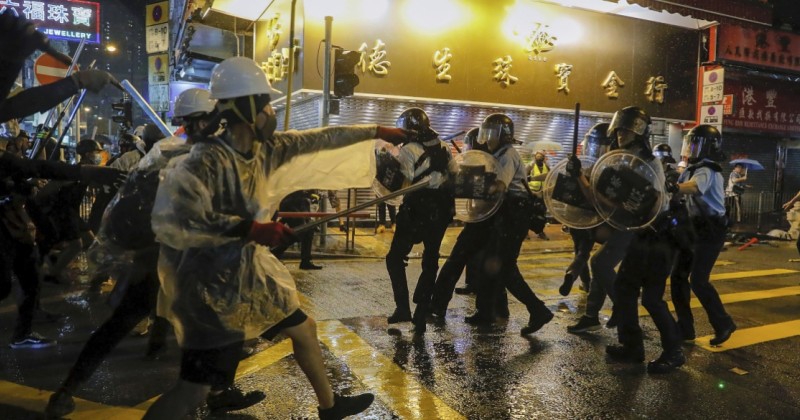 Authorities in Hong Kong are considering whether to impose draconian martial law powers in a bid to crush pro-democracy protests.

According to a report in the South China Morning Post, Chief Executive Carrie Lam Cheng Yuet-ngor is not ruling out invoking the Emergency Regulations Ordinance for the first time in half a century.

The ordinance would grant the government sweeping powers, including authorizing the entry and search of properties, censoring the media and imposing maximum terms of life imprisonment.

Lawmaker Au Nok-hin warned that imposing emergency powers would lead to the “total destruction” of Hong Kong’s capitalist system, while law professor Simon Young of the University of Hong Kong said the ordinance meant “basically a state of martial law.”

With the government refusing to meet the five demands of the protesters, which includes withdrawing a bill that would allow suspects in Hong Kong to be extradited to China, escalation seems inevitable.

Beijing still has troops massing nearby, but experts agree that they are unlikely to be deployed inside Hong Kong.

As we previously highlighted, riot police deployed water cannons for the first time during violent demonstrations on Sunday, protesters also being hit with tear gas and rubber bullets.