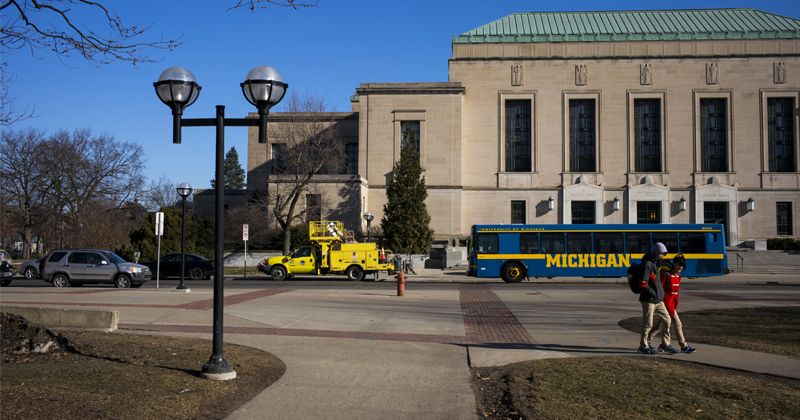 An Orlando, Fla. college recently announced a workshop predicated on spreading awareness about “The Visible and Invisible Violence of Gender Roles” as a part of a “Conversation on Justice” initiative.

According to a flyer published by Valencia College, “the workshop will use theater games and other artistic languages to explore the visible and invisible violence generated by gender roles and by ideas about masculinity and femininity.” The workshop, a collaboration of the college and the Peace and Justice Institute, is not only meant to inspire “reflection and dialogue” among its participants, but also calls for them to imagine a “nonviolent gender approach.”

“The main thrust of the subsequent research is that traditional masculinity – marked by stoicism, competitiveness, dominance, and aggression – is, on the whole, harmful,” the guidelines read, according to Fox News.

The American Psychological Association has issued a report about the negative impact of “masculinity ideology.”

In December, Campus Reform reported that Lawrence University social sciences professor Peter Glick will speak this spring at the University of Michigan. Glick co-authored an article, titled “How Masculinity Contests Undermine Organizations, and What to Do About It,” which claimed that masculinity can lead men to act “aggressively.”

“The need to repeatedly prove manhood can lead men to behave aggressively, take unwarranted risks, work extreme hours, engage in cut-throat competition, and sexually harass women (or other men), especially when they feel a masculinity threat,” the article stated.

The Conversation on Justice initiative is set to last for three days and includes a variety of other workshops. In a statement from the Peace and Justice Institute, these workshops are meant to aid people who “aspire to equity, human rights, and peace within, between and among us,” with the college stating that it “offer[s] this week of education to our students and community so as to move one step closer to the world we wish to live in.”

One event, called “Gender Inequality,” “will present activities meant to highlight gender inequality by having honest conversations about how gender inequality affects men and women.” Another is titled “Climate Change: Why and What We Can Do,” and is intended to spread awareness about climate, which “will shortly have a serious impact on our community,” according to the flyer.

Yet another event is titled “Kaepernick and the National Anthem,” and “will afford participants the opportunity to learn about and share their thoughts about the meaning of ‘take-a-knee.'”

Campus Reform reached out to the Peace and Justice Institute for comment, but did not receive a response in time for publication.