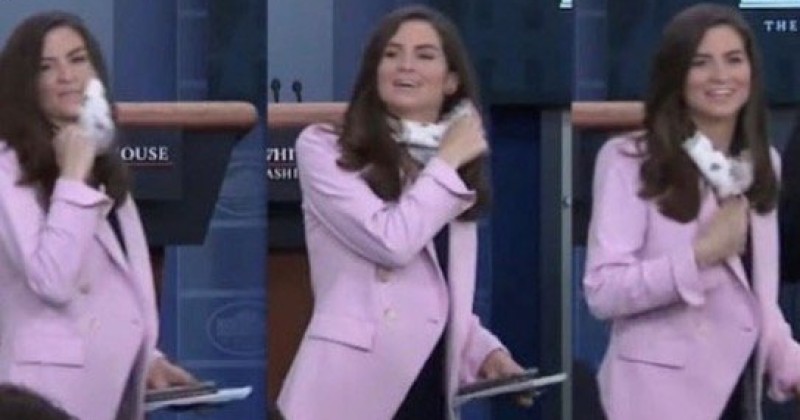 A CNN reporter who tried to shame Trump administration officials for not wearing face masks was forced to go on the defensive after she was caught removing her own mask immediately after a press briefing ended.

Kaitlan Collins appointed herself chief of mask police when she tweeted on Friday, “At vaccine event in the Rose Garden, POTUS is joined by several officials on stage. Some, like Dr. Birx and Dr. Fauci are in masks. Others, like Defense Secretary Esper and HHS Secretary Azar, aren’t.”

However, video footage soon emerged of Collins hastily removing her own mask as soon as she thought the cameras were off.

This prompted Collins to go on the defensive, insisting she removed her mask for only “six seconds” and trying to deflect the issue by referring to the coronavirus death toll.

Mike Cernovich noted that Collins should be banned from the press briefing room given that the White House Correspondents Association previously threatened to remove OANN reporter Chanel Rion for violating social distancing rules.

CNN must be banned from the White House under the rules! https://t.co/g5rQ5G4BKg

As we previously highlighted, Fox News reporter John Roberts was also ‘mask shamed’ for not wearing a mask at a press conference by ABC’s Chief News Correspondent Jonathan Karl.

It subsequently turned out that Roberts had been wearing a mask and Karl had been photographed out buying tacos while not wearing one at all.

Are the likes of Collins and Karl really concerned about social distancing given they only seem to be interested in wearing the mask when it’s convenient for them?