Four pupils and an adult have been injured at a school by a masked attacker with a sword or a knife in the city of Trollhättan in southwest Sweden, local media report.

The press secretary of NAL hospital, Niklas Claesson, told RT by phone that four patients were brought in after the incident, and that all four have undergone surgery.

Claesson added that the attacker attacker was shot and is in serious, yet stable, condition.

He initially said the suspect was shot dead by police but later recalled his statement, saying the man is still alive and that he “regrets” his previous comment.

Sweden’s Channel 4 reported that a teacher died on the spot.

Police media officer Stefan Gustafsson told RT that a suspect armed with a “sword of some kind or a large knife” entered the school at about 10:10 a.m., injuring five people.

Gustafsson added that police drew their weapons when they arrived at the scene.

“We know nothing at all [about the attacker],” he said, adding that the suspect was taken to hospital after being shot.

The spokesman could not specify who exactly was injured in the incident.

Authorities received an alert after 10 a.m. on Thursday that the man had entered the Kronan School.

The attack occurred in the school cafeteria, prompting Trollhättan Municipality to deploy its crisis team.

The school was engulfed in chaos following the incident, with students and teachers crying and worried, TTELA photographer Stefan Bennhage said, as cited by Aftonbladet.

He described hundreds of people along the main street, adding that people were trying to run behind the police cordon.

However, Gustaffson said the incident is now over, and the situation in the town is beginning to calm down. He added, however, that family members are still arriving at the school to check on friends and relatives.

Following the incident, Swedish Teacher’s Union president Johanna JaaraAstrand tweeted: “Terrible what happened in Trollhättan! Think of the children, staff and families. All support to them in this unimaginable situation!”

The school is attended by more than 400 children, according to its website. Students range from around age six to 15. 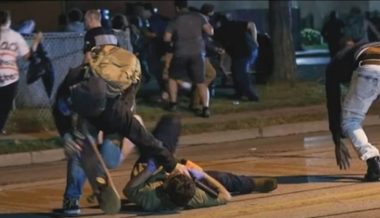 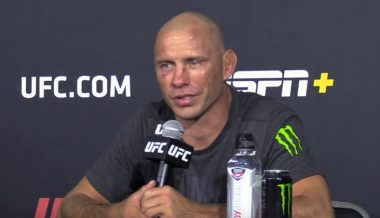