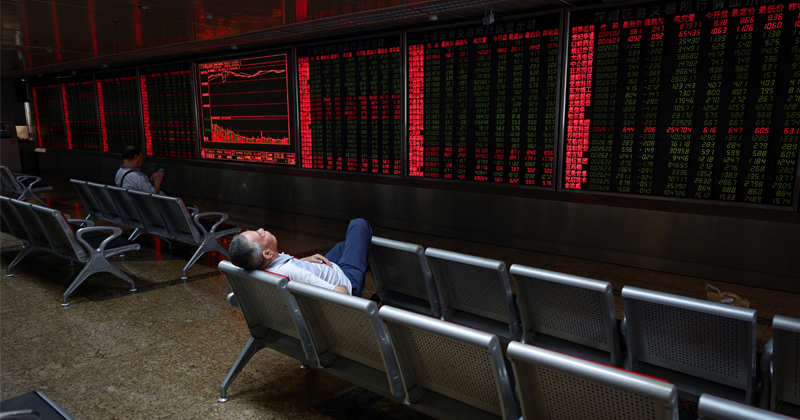 In the second week of October, after the “partial” U.S.-China trade deal was announced to much fanfare, I made this prediction:

“US and Chinese officials rarely waste an opportunity to use trade talk headlines to head-fake markets with false hope. Rumors of a “partial” or tentative trade deal are circulating today, with MORE trade talks in a month or two. In other words, “more trade talks” means there is no deal of any substance and there’s plenty of time for the whole thing to fall apart once again. I give it less than a month. In the meantime, there will be plenty of other distractions for the general public, including the impeachment circus, tariffs against Europe, tensions in Syria, the Brexit mess, etc, etc.”

My estimate was incorrect; it took a little OVER one month for the whole thing to fall apart. That said, I think the primary point remains the same. The trade war is not going to end anytime soon and there is a very good reason why this is the case: It serves the globalist agenda as a perfect distraction for the collapse of the “Everything Bubble” and the launch of the global economic reset into a what the elites call a “new world order”.

But let’s go back for a moment to understand what just happened. A month ago, the trade deal was treated as essentially done. China had partially folded on most of Trump’s demands and Trump was going to pull off a major economic victory just in time for the 2020 election season. The Dow was going to rocket past 30,000 and Trump’s second term was now assured. This was the narrative in the majority of the alternative media, and I have to say, it is sad to see so many otherwise intelligent analysts make such a huge blunder.

I have lost track of how many times the trade war was put on hold in light of an optimistic “new deal”, and how many times people bought into the farce. For many, though, this event seemed different. The rhetoric on both sides was more conciliatory and they even had a tentative date set for a “phase one” deal signing. The problem is that after every deal announcement, the establishment has always left at least a few separate “linchpins” in place that would allow them to explode trade deal exuberance down the road.

A year ago, the linchpin was the arrest of Huawei CFO Meng Wanzhou in the middle of a 90-day truce. This time, it was the U.S. passage of a bill supporting Hong Kong protesters only weeks before the trade deal was to be signed and before new U.S. tariffs were to be implemented against China.

The Hong Kong issue is an interesting one. I won’t get too involved in the domestic politics of Hong Kong vs. China because I think this is peripheral to the bigger discussion. I will say that if I was living in Hong Kong, I would not want to concede further control to the totalitarian aspirations of mainland China. But U.S. involvement doesn’t help the protesters. In fact, it hurts them.

Mass protests against government dominance require grassroots momentum to be successful. They require the public and the rest of the world to view their efforts as a legitimate fight for freedom against the oversteps of the political elites. Such activist efforts are derailed when they are sullied by associations with foreign powers. Meaning, when a protest or rebellion is accused of being a puppet movement of a foreign government seeking war by proxy, the rebellion loses support in the eyes of the rest of the public and thus loses momentum.

Americans should be intimately familiar with this problem. Conservative activist groups have been accused for years of being puppets of the Russian government, and this is clearly designed to undermine their image as true Americans fighting for a freer society. In Hong Kong, the U.S. is being presented as the foreign power whose tentacles are spreading through every facet of the protests. And even if the Hong Kong rebellion started on honest terms as a real domestic response to Chinese Big Brother collectivism, it doesn’t matter now. The U.S. government has sabotaged those efforts by injecting itself into the situation.

U.S. legislation in support of Hong Kong also wrecks any future possibility of a trade deal, because it directly attaches the Trump Administration and the trade talks to the violent tides in Hong Kong. Trump cannot sign a trade deal with China while China brutalizes protesters, and China cannot sign a deal while Trump encourages what they consider domestic terrorism. Even if one side or the other wanted to capitulate, now it is impossible.

Of course, it is my belief that neither side ever had any intention of signing a trade deal in the first place. It is also my belief that the next escalation of the trade war will be used by the establishment as a scapegoat for the ongoing collapse in economic fundamentals and eventually a crash in stock markets.

Currently, it appears that the December phase one deal signing is off. Donald Trump has stated that he “likes the idea” of delaying a trade deal until after the 2020 election. The Chinese state-controlled media has accused the U.S. of “backpedaling” on recent agreements. And, rumors are that the Trump Administration is poised to assert new and higher tariffs on China by December 15th. I think the people betting on a Santa rally in markets this holiday season are about to get the same shock they got during the 2018 holiday season.

In the meantime, precious metals, which saw a pull-back in recent weeks due to economic optimism fueled by a potential trade deal, will soon return to their previous rally as the trade deal falls apart yet again. There is a reason why countries like Russia and China have been stocking gold like mad the past few years. They know what is about to happen.

But why reignite the trade war now? As I noted at the end of October:

“Trump has no intention of “winning” the trade war, and China has no intention of giving any real concessions to the US. In the meantime, the banking elites are conditioning the public to associate the trade war with the success or failure of stock markets, and separating themselves from any blame for the ongoing crash in fundamentals. When the trade deal finally and fully falls apart and markets crash, the public will assume the two things are directly related, and the banking elites hope that everyone will forget that it was they that created the Everything Bubble in the first place…”

The Federal Reserve’s overnight and month-long repo purchases conveniently coincided with October and November’s trade deal optimism. Stock markets rocketed upwards despite almost all economic data showing a severe decline in every sector from housing to manufacturing to retail sales and store closures to auto sales, all on top of historic levels of corporate and consumer debt not seen since the crash of 2008. Now the Fed’s repo-loans are coming due and companies are going to have to buy back the collateral they initially gave the Fed in exchange for quick cash, conveniently at the same time as the trade war is being accelerated.

You will notice that in almost every instance that there is a policy shift by the Fed, something extreme seems to happen in the trade war. The central bankers are acclimating the public to the idea that every time good things happen in markets, it’s because of trade deal optimism. And, every time something bad happens in markets, it’s because the trade war is getting worse.

The masses are being conditioned to forget all about the epic financial bubble the elites engineered over the past decade through stimulus measures and QE, not to mention the fact that the Fed popped that bubble over a year ago through interest rate hikes and balance sheet cuts into economic weakness.

Another rather advantageous aspect of the trade war is that it provides cover for the destruction of the current monetary order and makes way for what the establishment elites call the “global economic reset”. As “de-dollarization” continues in Russia, China, the EU and other nations, eventually the American public is going to discover that their currency is being replaced as the world reserve with a basket system that includes a cashless digital alternative. This system is already being created by the IMF, and many nations including China and Russia have proclaimed their support for it.

The U.S. will see considerable inflation or stagflation as the reset evolves. The elites hope that Americans will blame China and perhaps Russia for the pain of the dollar crash. The trade war creates a false paradigm of East vs. West, while the global banks and their political allies escape all blame. At least, that is the plan.